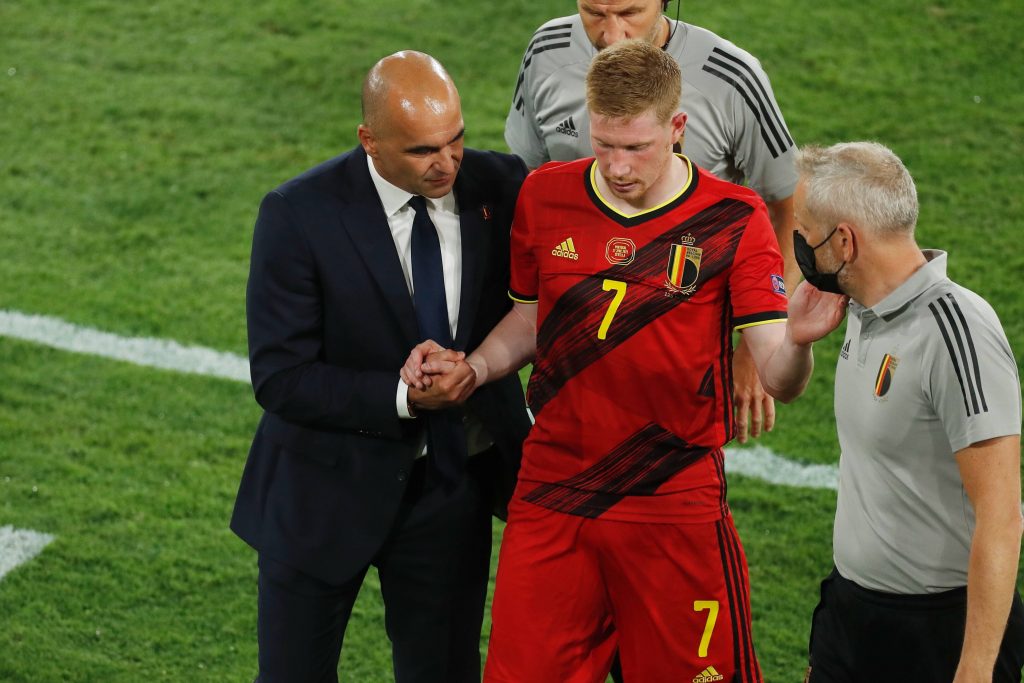 Belgium and Italy will exchange tackles at the Allianz Arena on Friday in a tasty-looking Euro 2020 quarter-final showdown.

Following the 2018 World Cup semi-final heartache, the Belgians have a point to prove at Euro 2020 and justify the top position in FIFA’s ranking.

Meanwhile, Italy’s Euro 2020 fairytale campaign has seen them receive widespread support from the neutral as they hope to wrap up their first European Championship title since 1968.

Belgium squeezed past reigning European champions Portugal 1-0 in a keenly-contested round-of-16 encounter despite attempting just one shot on target.

Thorgan Hazard’s sublime finish from outside the box against Cristiano Ronaldo and co helped Belgium maintain their 100% win ratio at Euro 2020.

The spirits are high in the Belgium camp following their last-16 success against Portugal, as they head into proceedings having won seven of their last eight matches at the European Championships.

After suffering quarter-final heartbreaks at the 2014 World Cup and 2016 Euro, Roberto Martinez’s men broke the curse at the 2018 World Cup in Russia.

There is a genuine feeling that Belgium’s notable development in recent years has everything to do with Martinez’s arrival at the helm.

Since the Spaniard took charge of the Belgians in 2016, no European team has won more games (47) and scored more goals (175) than Belgium.

Thorgan Hazard has scored in his last two games at Euro 2020 and has set his sights on becoming the second Belgian player to score in three Euro matches in a row.

However, Kevin De Bruyne, who remains the heart and soul of this team, faces the race against time to recover in time to meet Italy in Munich.

The Manchester City illustrious playmaker has tallied a goal and two assists at Euro 2020 before picking up a knock against Portugal.

De Bruyne skipped the training session on Wednesday and could be forced out of Belgium’s quarter-final match against the Italians.

After taking a top spot in Group A by a storm, Italy survived an extra-time drama against Austria to set up this mouth-watering quarter-final clash against Belgium.

Still, Gli Azzurri have not conceded a goal within regulation time at Euro 2020 so far, facing just three shots on Gianluigi Donnarumma’s goals if considered only 90 minutes of play.

Bringing the World Cup finals into the equation, Italy have conceded under 1.5 goals in 17 of their last 18 games across major tournaments, recording an average of 0.72 goals shipped in that sequence.

Roberto Mancini’s men have been nothing short of exception at the other end of the pitch at the tournament.

After round-of-16 completion, the Italians have averaged a competition-highest average of 21.3 shots per match, netting 2.25 goals per game, extra-time included.

If Italy want to overcome Belgium and win five consecutive European Championship fixtures for the first time in their history, Lazio’s Ciro Immobile will have to step up.

After scoring in his side’s opening two group stage matches, the 31-year-old striker failed to impress against Austria last time out, being replaced by Andrea Belotti in the 84th minute.

Leonardo Spinazzola, who has been one of the revelations of the tournament so far, has caught attention from Tottenham.

With Barcelona and Real Madrid also in the race for the Roma wing-back, Spinazzola could be bracing himself for a high-profile move if he keeps this level of performance against Belgium.

Italy have always been a formidable opponent for Belgium throughout history, especially when it comes to their meetings within major tournaments.

The two nations have met four times across major competitions, with Italy racking up three wins and a draw, including a 2-0 victory in the group stage of Euro 2016.

Italy and Belgium have locked horns on four occasions in the 21st century, with the H2H stakes massively favouring the Euro 2000 runners-up (W3, L1).