Bayern star’s outburst a signal for Chelsea, Arsenal and Liverpool 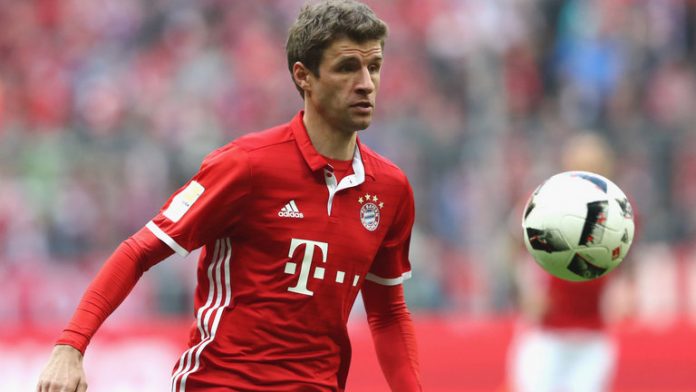 Thomas Muller’s frustration at being named as a substitute in Bayern Munich’s 2-0 victory at Werder Bremen on Saturday could signal the end of his time at the Allianz Arena.

The 27-year-old, who has played 259 league games for Bayern, lost his automatic starting spot under coach Carlo Ancelotti last season.

He came on against Bremen in the 73rd minute and made an immediate impact, setting up Robert Lewandowski for his second goal just two minutes after coming on.

After the game Muller questioned Ancelotti’s decision to leave him out of the starting eleven.

“Well, I don’t really know what the qualities are that the coach wants to see,” Muller told reporters.

“Obviously mine do not seem to be in 100 percent demand.”

The German international, who is contracted to Bayern until 2021, has been linked with Chelsea, Arsenal and Liverpool this summer.

THe trio of Premier League clubs are all eager to add to their squads before the transfer window closes and Muller’s dissatisfaction could see them rekindle their interest.