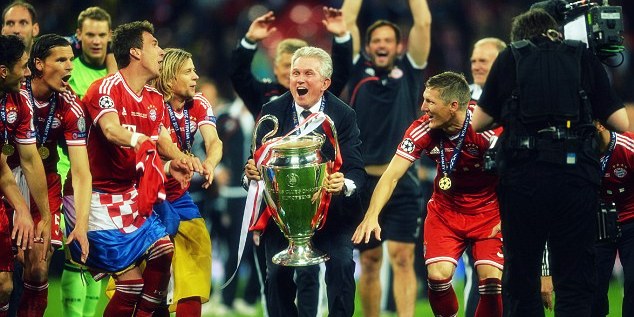 Although it is an odd metaphor, Bayern Munich’s emotional journey over the past year reminds me of the opening scene of Steven Spielberg’s ‘Raiders of the Lost Ark‘. 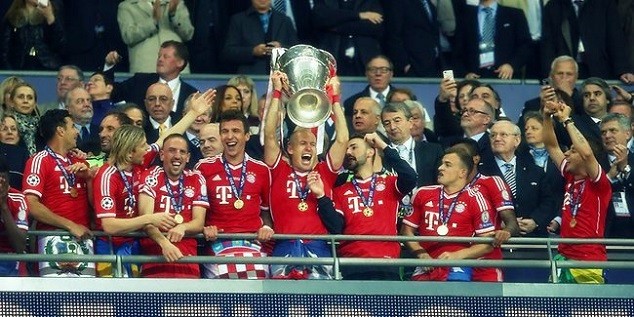 Chelsea, against all the odds, waded deep into the heart of Munich in the 2012 Champions League final, grabbed the treasure, and made a break for it. It was a brutal theft, and it gave Bayern that gritty determination and thrust we have witnessed this year to fuel their recovery of the famous trophy.

It seems Bayern Munich were the famous rolling boulder that chased the ragged underdog, Indiana Jones, out of the cave. But in this case, instead of coming to a halt, wallowing in self-pity at such devastating circumstances, the boulder kept on rolling, all the way to England, and Wembley. They have gone full circle; culminating in revenge and redemption.

The need for such success has been brewing in the impassioned hearts of the Bundesliga for the last 12 years, festering in the shadow of the unrestrained, European glory experienced by English, Italian, and predominantly Spanish teams (well, a certain one in particular).

‘The Losers’ tag had fastened itself firmly, much like a bumper sticker, to the underbelly of the German war machine. Such was the longevity of this curse that one can even cast the mind back to a certain Michael Ballack in 2002; a year which coughed up a miserable four runners up medals for the former German captain.

But Bayern Munich, after their defeat of Borussia Dortmund on Saturday, are now entering into a crucial period of consolidation; and who better to usher in an era of domination than the man who last constructed, moulded and managed the greatest team of the last decade: Pep Guardiola.

But, even the esteemed Spaniard might find Jupp Heynckes a tough act to follow. Considering Guardiola’s penchant for perfection, he might feel uneasy considering his imminent arrival at a club which could hardly have had a more perfect season.

Heynckes has created a near-perfect monster, capable of comfortably traversing the hardest of Champions League paths, breaking domestic records with ease, and, bar a final hurdle, becoming the first German team to complete the treble.

They have dropped just eleven points in the entire league season, broken or equalled 25 Bundesliga records, and are arguably, the best team in the world. That is quite a reaction from last May’s utter mortification, at the hands of Chelsea, in their own back yard.

Outgoing boss, Jupp Heynckes, has certainly inferred that Pep Guardiola will have an inch perfect plaything, when he takes the helm. He said:

“My successor will of course be able to take over a perfectly functioning team.

“(Chairman) Karl-Heinz Rummenigge has played a big part in this last summer in completing the team with the risky transfer of Javi Martinez, I mean risky in terms of the price tag, not the quality of the player; and Xherdan Shaqiri and Dante.”

“All the players have been bullseye successes. Of course FC Bayern will have to prove they can continue to achieve these things.

“But it’s quite possible that a new era in Europe may be beginning under FC Bayern.”

The 68-year-old alludes to Bayern Munich’s next step, a step they will take without him; to ensure that Bayern’s current omnipotence does not fade away into a familiar feature of perennial misadventure, coupled with a slow, agonising fall from grace from new heights. 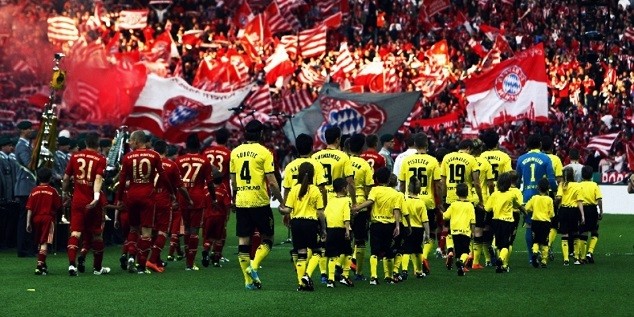 The pieces of the puzzle are already falling nicely into place for the German giants, with the news that they have overtaken Manchester United as the world’s most valuable football brand. According to new figures released by agency, ‘Brand Finance’, Bayern Munich’s brand is worth $860 million (£570 million).

David Haigh, the chief executive of Brand Finance, said of the German league as a whole:

“In contrast the cheap tickets, high attendances, democratic ownership structure and financial prudence of the Bundesliga now looks like an attractive alternative, particularly now it is delivering world-beating, fluid football rather than the more workmanlike style German teams had been known for.”

Whether Bundesliga can continue growing as a major force in the wake of such unparalleled success from Bayern remains to be seen, as Borussia Dortmund, for example, looks to be on shaky ground with the transfer window looming large. Their chief tormentor continues to be Bayern Munich, who have set up base camp, right on their doorstep, and are cherry picking from Jurgen Klopp’s brilliantly constructed menu.

Other sides in the German league will also be wary of the vultures. Schalke 04 face a battle to fend off interest from Liverpool for promising young Greek talent, Kyriakos Papadopoulos; and Chelsea are looking to snap up the German attacker, Andre Schurrle, from the Champions League-qualified, Bayer Leverkusen.

There can be no doubt that the German league has considerable talent; a talent that was showcased in the best possible way on May 25th, when Bayern Munich and Borussia Dortmund provided a brilliant and worthy final at Wembley.

Bayern are finally reaping the rewards from all of their endeavours, and the smart money would be on them to further refine their brand of destruction under the keen eye of Guardiola. ‘Brand Bayern’ is in full swing, and it will be quite a feat when a team finally stops this boulder from rolling.