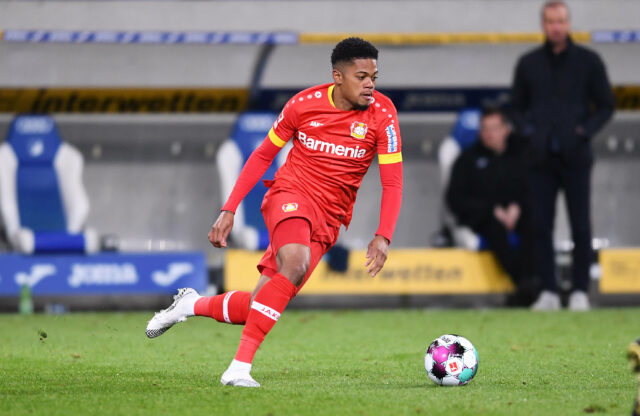 Aston Villa have made a £25 million bid to sign Leon Bailey, but it was rejected.

The 23-year-old has been targeted by both Villa and Everton this summer. The highly-rated winger is keen to move to the Premier League.

According to reports from the Daily Mail, Villa have submitted a formal bid to sign the winger from Bayer Leverkusen.

However, the German giants have rejected the move.

The report doesn’t share any further details, but it seems Villa need to step up their bid to sign the winger who was in scintillating form last season.

The Jamaica international scored 15 goals and provided 11 assists for Leverkusen last season in 40 appearances in all competitions.

Bailey would be a superb signing for Villa, and it remains to seen whether Dean Smith’s side come up with another bid in the next few days.

Villa have already signed Emiliano Buendia from Norwich City by paying a handsome fee and brought back former player Ashley Young on a free transfer.

Smith is still looking to add depth and quality in attacking areas. Villa made several attempts to sign Emile Smith-Rowe from Arsenal, but the youngster has penned a new deal at the north London club this week.

Villa are looking to keep hold of their skipper, Jack Grealish, despite strong interest from Manchester City. The club have slapped a £100m price tag on his shoulders.

The Midland club are also keeping tabs on Norwich City’s Todd Cantwell, with reports suggesting they are in advanced negotiation to sign him.