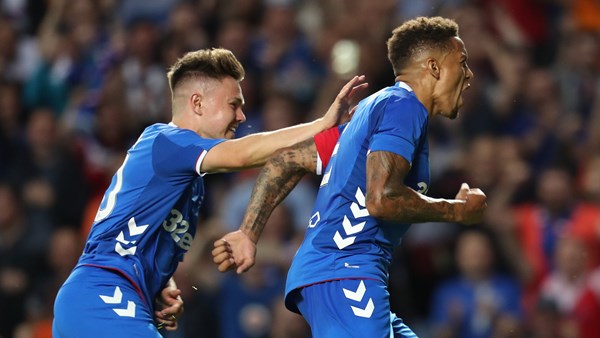 Glasgow Rangers winger Glenn Middleton has a bright future at the Ibrox club.

According to former Rangers player and club hero, Barry Ferguson, Middleton has a bright future at Ibrox.

The 18-year-old joined Rangers on the January transfer deadline day early this year from Norwich City.

He came on as a substitute against FK Shkupi in the Europa League qualifier and made a bright impression in Rangers’ 2-0 win over the Macedonian club at Ibrox Stadium on Thursday.

He was one of the star performers from the match, and Rangers fans heavily praised him on social networking sites.

Ferguson has showered praise on the youngster saying he looks like a player who can make a big difference.

He adds that Middleton left Norwich to prove a point and that he has a bright future ahead of him.

The former Scotland international has urged Rangers to make sure that the youngster is protected properly and he hopes that he will become a very good player in the future.

“Another youngster who is exciting the fans is Glenn Middleton and while it’s early doors he looks like he can light up a game,” wrote Ferguson for the Daily Record.

“I looked up his history and having been let go by Norwich he will be eager to prove himself. From what I’m hearing coming out of Rangers he has a bright future ahead.

“But he’s another who needs to be protected and hopefully in time he can become a really good player. After the Bury game Shkupi was his first competitive appearance off the bench and he looked bright so it will good to see how he progresses.”