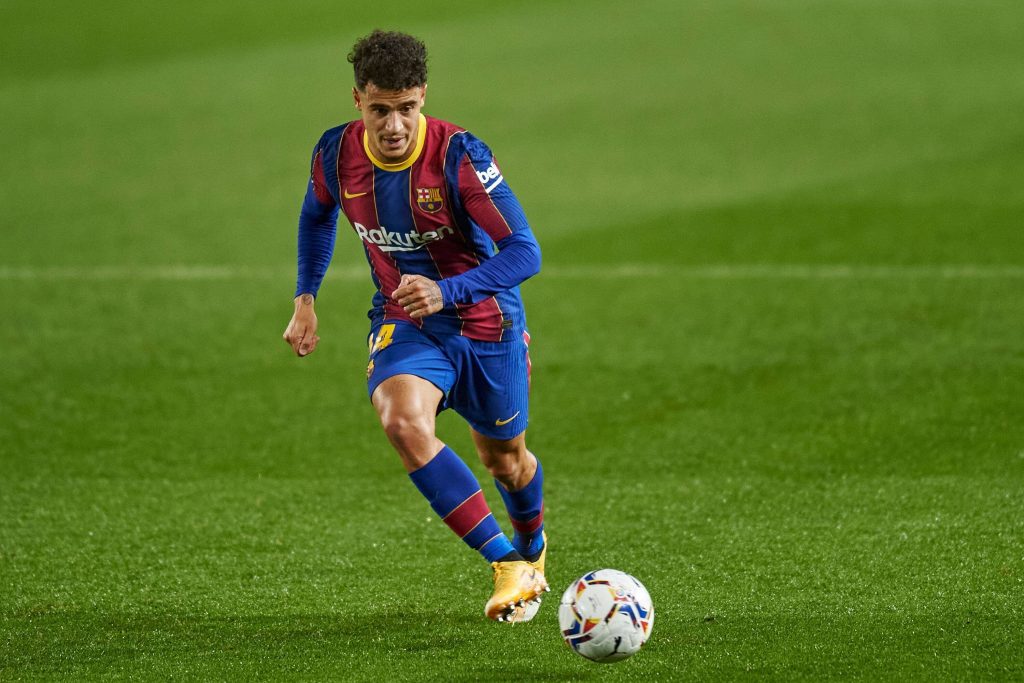 Barcelona are willing to accept as little as £35 million for Brazilian midfielder Philippe Coutinho, reports the Daily Star.

Coutinho joined Barcelona in the January transfer window of 2018 from Liverpool for a club-record fee, believed to be around £142m.

It was hoped that he would be the club’s long term replacement for Andres Iniesta, who departed six months later.

After a bright start, the Brazilian went off the boil and was subsequently sent out on loan to Bayern Munich for the 2019/20 season. Despite helping them to the treble, the Bavarians opted not to take the midfielder permanently.

He had a mini-revival at the beginning of the season under new manager Ronald Koeman, kicking off the campaign with some impressive performances.

However, a knee injury sustained in December has kept him out of action for over three months, and he is not expected to feature again this season.

According to the Daily Star, Barcelona would be willing to accept a bid of £35m for Coutinho, representing a loss of over £100m on the midfielder.

The former Inter Milan playmaker has been one of many poor signings made by La Blaugrana in recent years.

Ousmane Dembele was brought in to replace the outgoing Neymar, who had just transferred to Paris Saint-Germain for a world-record fee.

The Frenchman has not progressed as hoped, with several injuries holding him back. Nonetheless, he is still young so he could turn things around.

Atletico Madrid forward Antoine Griezmann is another who was signed for a nine-figure sum. He’s been okay but has also not lived up to the price tag.

If Coutinho was to leave Camp Nou this summer, there would still be some interest, especially in the Premier League.

Leicester City and Liverpool were both linked with the 28-year-old last summer, while Arsenal reportedly want the midfielder if they cannot land Martin Odegaard on a permanent deal.