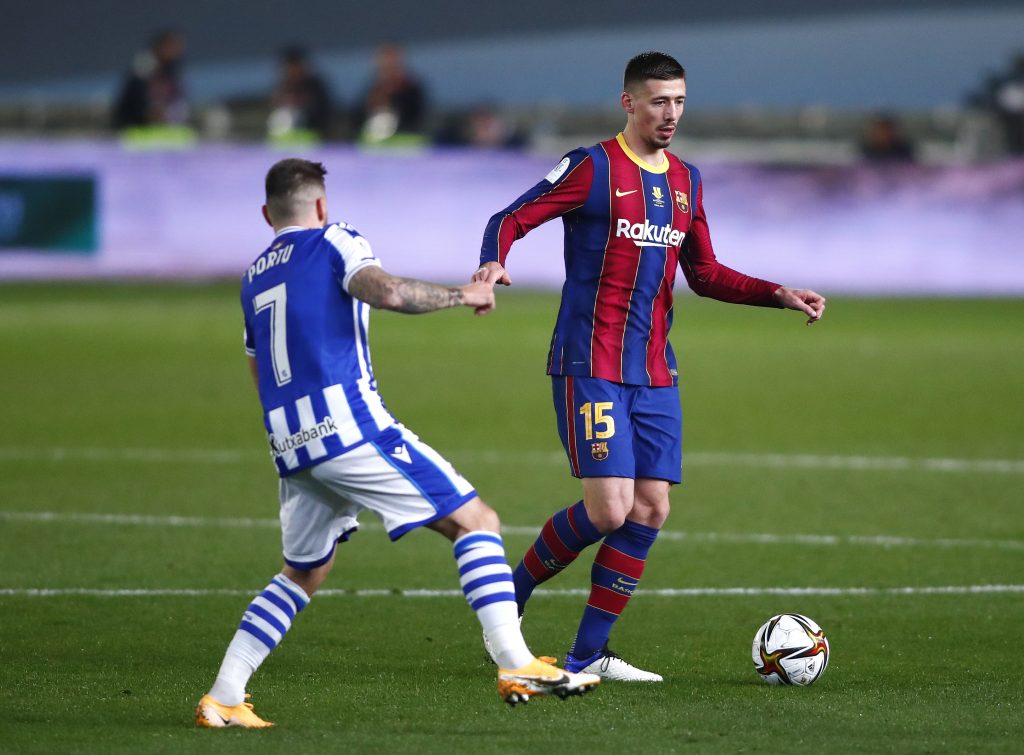 A selection of Barcelona fans on Twitter were left disappointed with the performance of Clement Lenglet during last night’s Champions League clash against Paris Saint-Germain.

The centre-back was paired alongside Gerard Pique, who had just returned after a lengthy knee injury, and the duo struggled to cope with the movement of Kylian Mbappe.

The Blaugrana opened the scoring from the penalty spot through Lionel Messi in the 27th minute but the lead lasted for just five minutes.

Mbappe equalised after outsmarting both Pique and Lenglet and the latter was caught ball watching as the forward unleashed his shot past Marc-Andre ter Stegen.

Shortly after the hour mark, Mbappe took advantage of another defensive lapse as Pique gifted the Frenchman a free shot on goal with a poor interception.

In the 70th minute, Moise Kean made it 3-1 on the night for Les Parisiens after he was handed a free header at the back post following Lenglet’s missed interception.

Mbappe grabbed his hat-trick and a fourth for Les Parisiens five minutes from time and the Blaugrana now face a huge task of overturning the deficit at Parc des Princes.

Lenglet, 25, has been inconsistent with his displays this term and some of the club’s supporters were far from pleased with his showing last night at Camp Nou.

Lenglet this season is genuinely one of the worst centre-backs I have ever seen play for Barcelona.

I can understand playing pique because Araujo is injured and umtiti is past his prime but why would you play Lenglet over Mingueza? Lenglet has looked well below par in every single match he’s played this season and the last. #BarcaPsg

I am disappointed with lenglet being Barcelona's defender. He is nt good at all. He is not barca level. Mingueza is more reliable.. I know umtiti has his bad moments,, but he is also better than lenglet. But having said that, umtiti n lenglet both need to go.

Lenglet is a bigger problem. He comes in the midfield and can't get back in his position. If you see kean header lenglet simply missed it

The 4-1 defeat in the round of 16 first-leg means that the Blaugrana need to score at least four times in the reverse leg to keep their qualification hopes alive.

The club managed to come back from a 4-0 first-leg deficit to win 6-1 against Les Parisiens at the same stage of the competition four years ago.

However, ‘The Remontada’ was at the Camp Nou and Les Parisiens are unlikely to give up the advantage after learning a lesson last time around.