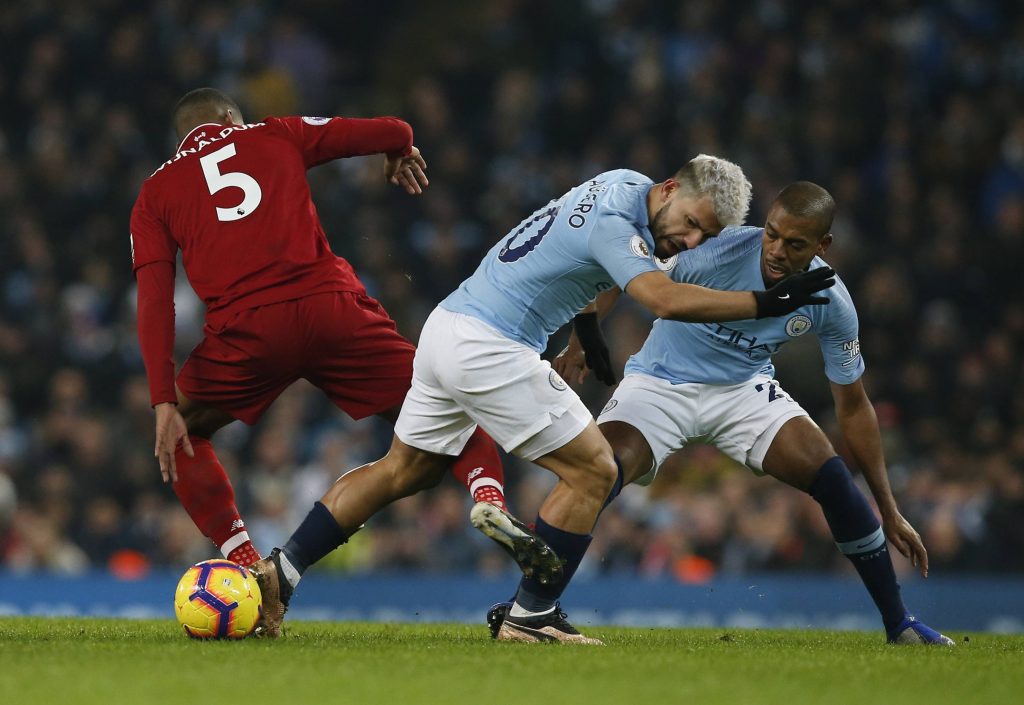 Barcelona are confident of securing Premier League duo Sergio Aguero and Gerginio Wijnaldum on free transfers within the next week, Sky Sports reports.

Representatives of both players have been at the Nou Camp over the last few days to discuss the final terms of their proposed contracts.

Finalising a deal for Aguero should develop more rapidly, with the striker’s final game for Manchester City coming in the Champions League final against Chelsea on Saturday.

Long-term Barcelona target Wijnaldum said his goodbyes to his Liverpool teammates after the Reds’ final league game of the season last weekend.

The Catalan giants have been crippled by the financial implications of the coronavirus pandemic, with debts reaching more than £1 billion, and they have been targeting players approaching the end of their contracts.

City’s Eric Garcia and Lyon captain Memphis Depay both see their contracts come to an end on June 30, and Barca are keen to secure their signatures this summer.

After Luis Suarez’s title clincher against Valladolid last weekend, Barcelona were left to regret allowing him to sign for Atletico Madrid last summer.

The 34-year-old has been hugely influential for Atletico, with his 21 league goals helping the club claim their first La Liga title in seven years.

By contrast, Barcelona experienced a thoroughly underwhelming campaign, finishing third in La Liga and crashing out in the last-16 of the Champions League.

The Blaugrana have relied heavily on Lionel Messi this season for goals, with the club’s alternative attacking options falling short of pre-season expectations.

Aguero leaves Manchester as City’s record goalscorer and will start his debut season with Barca at the same age as Suarez was when he was told he was no longer needed.

He has shown in limited appearances this season that he is far from finishing, scoring a classy double on his final Premier League appearance for the Cityzens last weekend.

For a player who has consistently performed at the highest level, Aguero will no doubt be key in aiding Barca’s revival for the 2021/22 La Liga campaign.

More: Agüero will complete his medicals as new Barça player on Sunday as per @10josealvarez. ⏳ https://t.co/d4BGSRf64p

Wijnaldum has featured for Liverpool more than any other player this season, with the Dutch international making his 51st appearance against Crystal Palace last weekend.

Jurgen Klopp was full of praise for Wijnaldum ahead of the game, stressing the influence he has had in the club’s recent Champions League and Premier League success.

For a player who is still only 30 and who Barca will be able to secure on a free transfer, the deal is a no-brainer for the Catalan giants.

Alongside skipper Jordan Henderson, James Milner and Virgil van Dijk, the Netherlands international has been one of a quartet of captains for Klopp.

As well as his leadership qualities, Wijnaldum will bring versatility to Barcelona’s side.

The midfielder is comfortable in dropping deep but also poses as a threat further forward, coming up trumps with crucial goals for the Reds in recent years.

The pressure will be on from the Barcelona faithful after watching their side fall short again this season.

Aguero and Wijnaldum are two decorated players, rich in experience of playing at the highest level.

There is no doubt they will be viewed as integral to Barca’s hopes of enjoying better fortunes during the 2021/22 campaign.