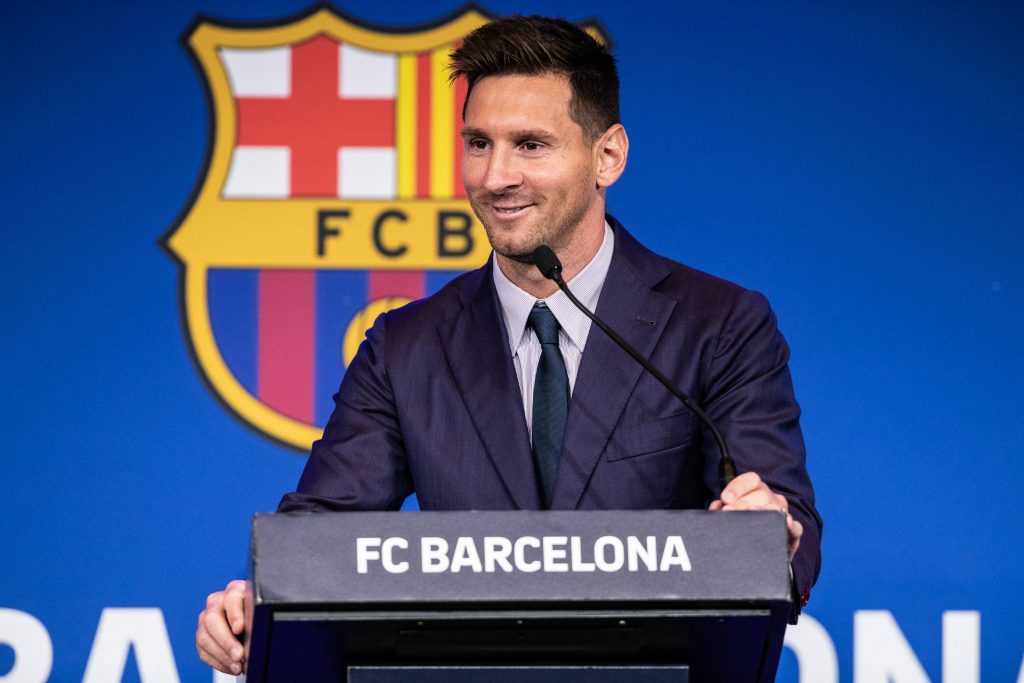 According to Catalan TV show La Porteria, Barcelona CEO Ferran Reverter has made one last proposal to keep Lionel Messi at the club.

Earlier last week, the Blaugrana made the shock announcement that they are parting ways with Messi as they can’t renew his contract.

With the new La Liga cap, the Blaugrana need to lower their wage bill by a staggering €150 million before they can register any new signings.

A contract was in place with Messi, but the club had no option but to end the association after La Liga refused to offer any special exemption.

In his press conference, Messi hinted that Paris Saint-Germain are a possibility following his Barcelona exit after a two-decade-long stay.

However, Messi has yet to travel to Paris. The Argentine is currently in his home and may take more time to assess his future.

Amidst this, it is reported that the Blaugrana could make a stunning U-turn and reward a new long-term deal to the 34-year-old star.

Reverter is acting as the interlocutor between Messi’s camp and the club.

The La Liga giants can’t register any new players at the moment, and they need to offload multiple players before the transfer deadline to meet La Liga’s salary cap.

Messi recently accepted to take a 50 percent pay cut on his salary, but things have still not worked out. Even if he wants to play for free, the club can’t register him.

Barcelona are in a big financial mess, and re-signing Messi appears an impossible task unless they are planning a major selling spree this month.

Messi brings the vast share of the club’s revenues while promoting their brand. They could lose an estimated €77m in commercial revenue alone next term with Messi’s exit.

It remains to be seen how this transfer saga proceeds.