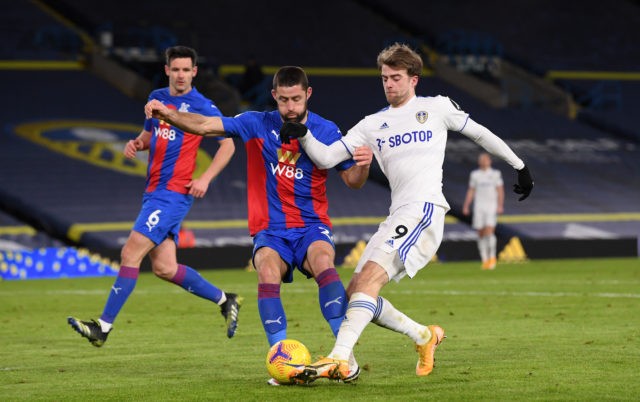 Leeds United moved into the top half of the Premier League table after winning 2-0 against Crystal Palace at Elland Road on Monday night.

Jack Harrison and Patrick Bamford scored in either half as Marcelo Bielsa’s side picked up their third win in their last four games.

Bamford scored the 100th goal of his career – 21 on loan at MK Dons, eight on loan with Derby, 33 with Middlesbrough and 38 with his current club.

It was a dominant performance from Leeds who enjoyed 68% of possession and attempted 17 shots during the game.

Harrison scored the opening goal from the edge of the penalty area that took a big deflection off Gary Cahill and looped past Vicente Guaita.

The Daily Express came up with this headline to describe Leeds win: 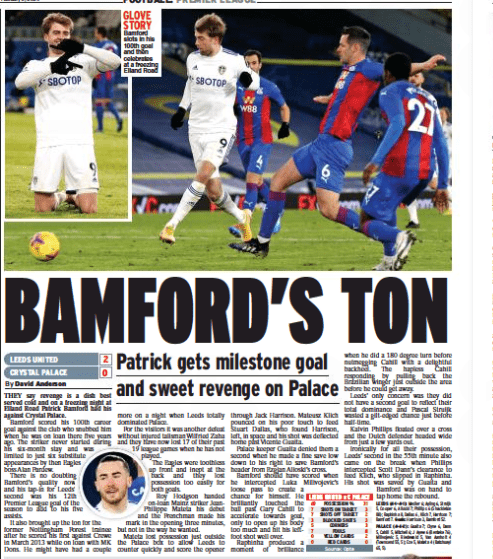 The Guardian hailed Leeds’ ‘mobile’ approach and once again Bamford has grabbed the headline: 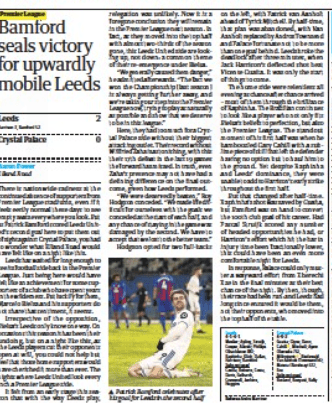 Bamford also featured in the headline of The Daily Telegraph: 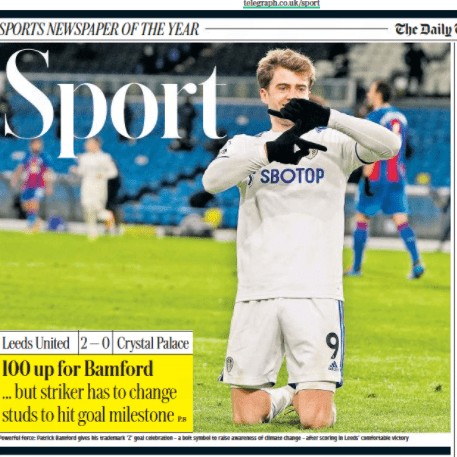 The Daily Mail also showered praise on Bamford for reaching the milestone: 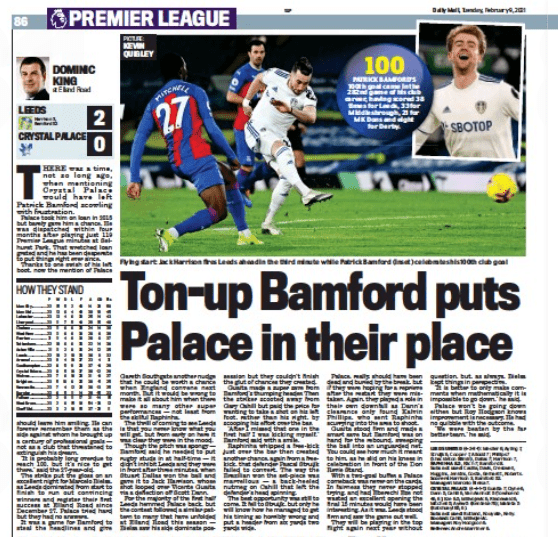 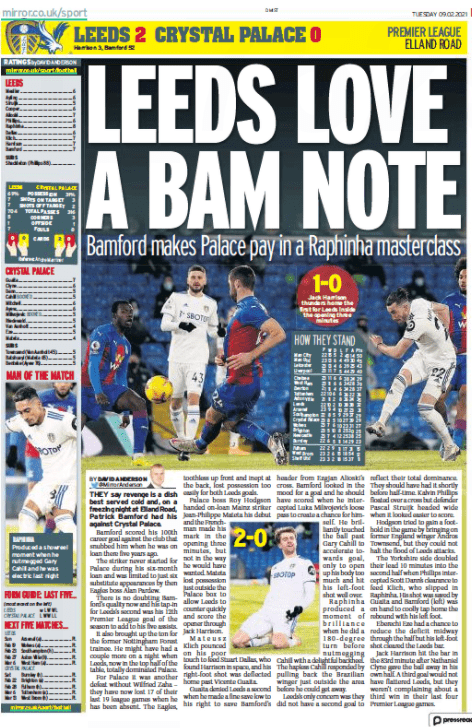 The Daily Star came up with a brilliant headline – ‘Patrick has ton of fun’, referring to his century of goals. 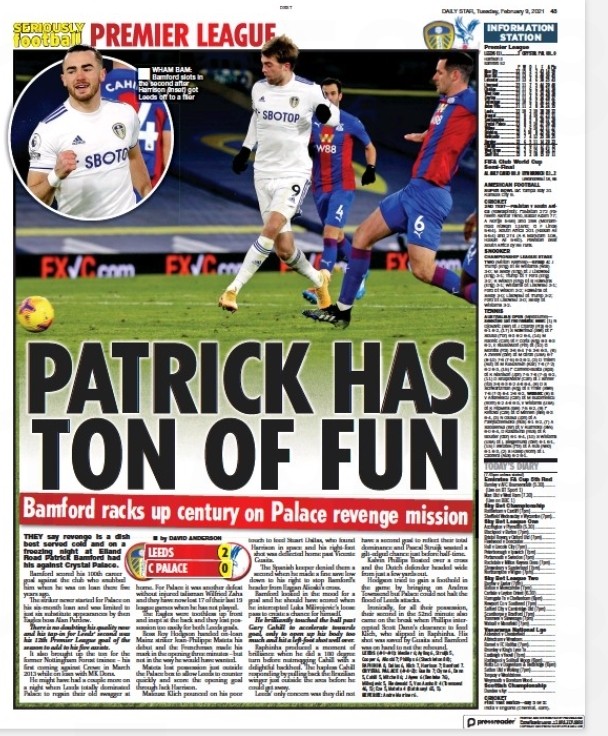 It was Bamford’s 12th Premier League goal of the season. Only two English players – Tottenham’s Harry Kane and Everton’s Dominic Calvert-Lewin – have scored more goals than him at 13 each.

Bamford got a lot of stick from the Leeds fans last season, mainly because of his poor conversion rate, but Bielsa always kept faith in him.

Many pundits even doubted whether he could score goals at this level, but Bamford has silenced his critics.

It remains to be seen whether his impressive performances will earn him a place in Gareth Southgate’s squad.

England have three World Cup qualifiers at the end of March, and Bamford deserves a chance to prove his worth at the international level.