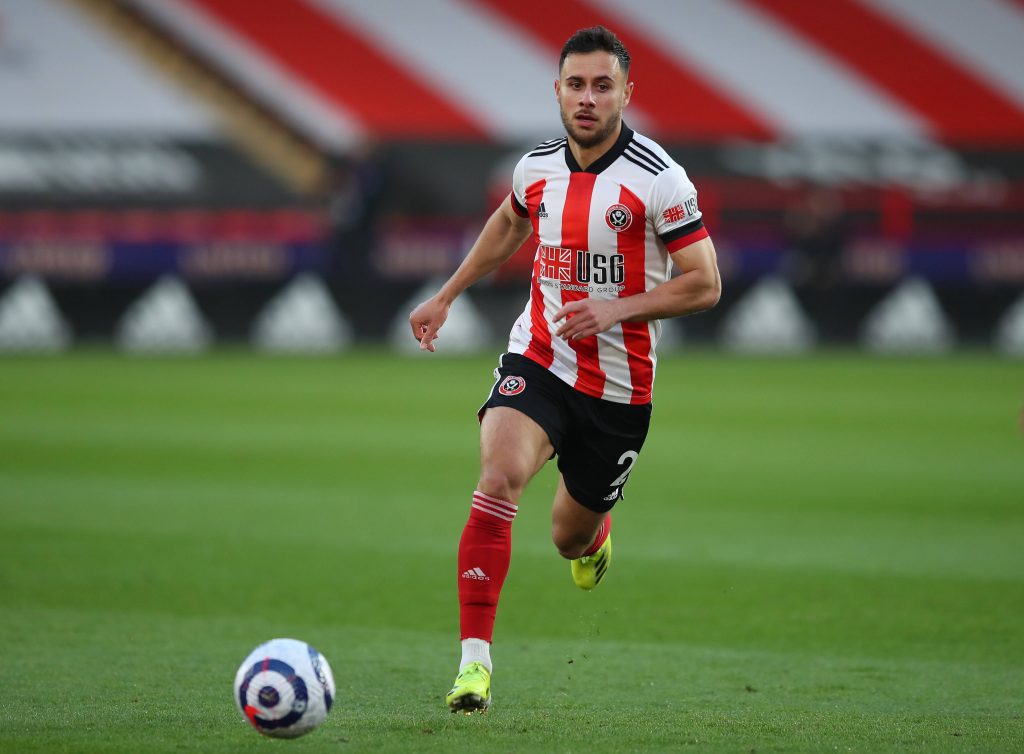 Celtic sold Jeremie Frimpong to Bayer Leverkusen in January, while Jonjoe Kenny has returned to Everton after a loan spell.

The Hoops are currently left with Anthony Ralston at right-back, who made just one appearance last season.

Ange Postecoglou is looking to strengthen the position, and the Sheffield Star say Sheffield United’s George Baldock is on their radar.

The 28-year-old was a regular with the Blades last season and Alex McLeish believes he’ll be a great acquisition for the Hoops.

He told Football Insider: “Celtic fans will be looking for the big names. Okay, George has been a tried and tested Premier League player for the last couple of years with Sheffield United and got promotion the year before.

“The Celtic fans will still be expecting really high levels of quality from George. If he’s fallen down the pecking order at Sheffield United, does he qualify for a starting place in the Celtic team?

“Okay, he may feel it’s a lower level than where he’s been playing at, and he’ll cope no bother at all. The possibilities of that are true.”

Baldock joined United from MK Dons in 2017 and has made 139 appearances in all competitions, scoring four goals with 10 assists.

He helped the Blades earn promotion to the Premier League in 2019 but may opt against playing in the Championship again.

However, the Sheffield Star don’t believe Celtic will lodge an acceptable bid to sign Baldock, so it is unlikely that they’ll lure him to Scotland.

Baldock will be sold for the right price, but that appears to be higher than the £5-8 million Celtic are willing to offer.

Given Celtic’s desperate need for a quality right-back, they may cave in to the Blades’ demands.