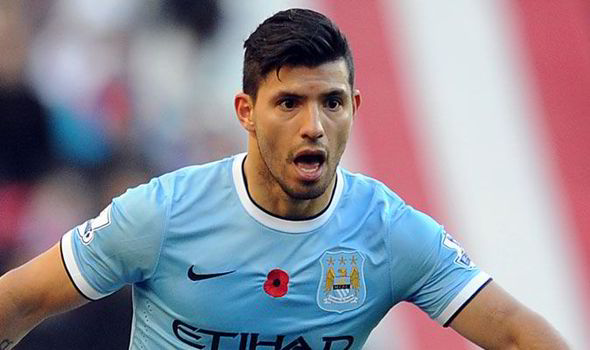 Manchester City could be without Sergio Aguero for Tuesday’s Champions League clash with Hoffenheim.  The Argentine striker, who boasts 39 goals in 89 appearances for his country, is still recovering from a foot injury and has been playing on regardless for the Sky Blues.

Manager Pep Guardiola said that Aguero’s minutes are being reduced to ensure he doesn’t exacerbate the issue, but he might have to sit out the two remaining games against Hoffenheim on Tuesday and Liverpool on Sunday before the international break as a result.

“Sergio is struggling a bit with some problems in his foot. He’s not 100 per cent. He’s not recovered from what happened against Newcastle. We spoke about playing 55-60 minutes and we were lucky that he scored a goal in the right moment,” Guardiola said, as per the Liverpool Echo.

“We are controlling, fighting but he needs time. Now we have two games left before the international break. Hopefully he can do these two games and make a final recovery but he’s not in his best condition right now physically because he has a problem with his heel.”

Manchester City can’t afford any more slip-ups in the Champions League after suffering defeat to Olympique Lyonnais in their opening group game. The Sky Blues are favourites to pick up all three points against Hoffenheim, but their chances are diminished without their top striker leading the line.

Aguero has scored seven goals in nine games in all competitions this season. He made a substitute appearance in the Champions League defeat to Lyon and may not start against Hoffenheim now either. The 30-year-old scored in Saturday’s 2-0 win over Brighton & Hove Albion and finds himself joint-second in the scoring charts – five goals.