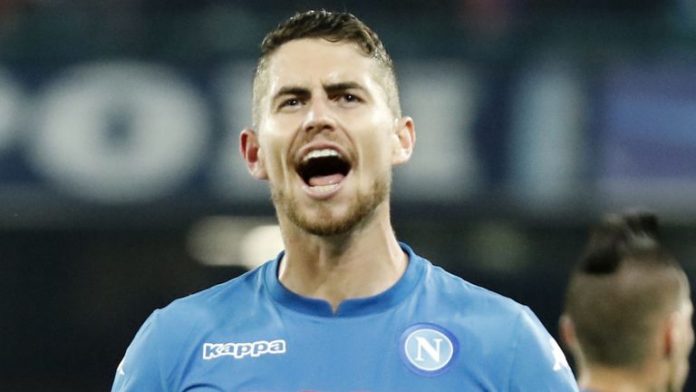 Chelsea are close to finalising the transfer of Jorginho from Napoli.

The club’s president Aurelio De Laurentiis has confirmed that the Italian international has chosen Chelsea over Manchester City.

The Blues are set to pay around €57M for the player according to Italian journalist Fabrizio Romano.

Chelsea are set to land Maurizio Sarri as their new manager as well. The Napoli chief has confirmed that the deal is in its final stages and the lawyers will sort out the move soon.

The Blues will pay around €8M for Sarri.

Jorginho filmed boarding a flight to London, after family members started following Cheslea on Instagram. Not looking good for #MCFC (unless he gets a connecting flight at Heathrow, of course!)

Jorginho was expected to sign for Manchester City this summer but the player prefers to stay in London. Also, Chelsea have offered him a better wage package.

Antonio Conte is still in charge of the Blues but he is expected to be sacked soon. The Italian managed to win the FA Cup with Chelsea last season.

Chelsea have been quite inactive in the market because of their managerial situation and the arrival of Jorginho and Sarri could kick-start their business.

The Blues were in desperate need of a midfield controller and Jorginho should prove to be a cracking signing. He can control the tempo of the game alongside the world-class N’Golo Kante.

Chelsea will be looking to get back into top four next season and Jorginho could be a key player for them.