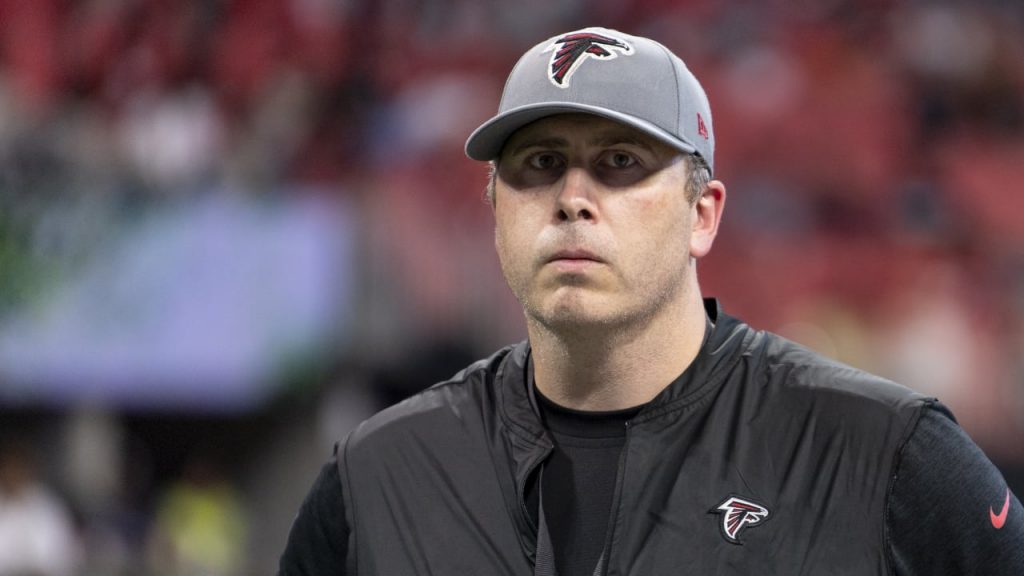 The Atlanta Falcons improve to 3-3 on the season in an upset win against the San Francisco 49ers.

The Atlanta Falcons are now tied for first place in the NFC South. They have surprised the entire NFL. The Falcons  have been one of the more fun teams to watch both offensively and defensively.

Head Coach Arthur Smith has been very adamant about the way he coaches. He wants to run the ball and has made the Falcons one of the more potent rushing attacks in the NFL.

Smith was the former Offensive Coordinator of the Tennessee Titans. With a very run heavy scheme, he quickly translated that to a Falcons team that does not have a type of runner like Tennessee’s Derrick Henry.

This kind of shocked Falcons fans and other NFL teams alike. The Falcons used high draft picks the last two years on tight end and wide receiver. In turn, they have barely used them so far.

Smith scoffed at the criticism early in the season about the misuse of both Kyle Pitts and Drake London. He proceeded to say that he does not care about your fantasy football team and just wants to win football games, and that seems to be working so far.

The Atlanta Falcons are now run heaviest team in the NFL, surpassing the Chicago Bears.

The NFL’s run-heaviest offense is no longer the Bears.

The Falcons have called pass a league-low 48% of the time this season.

Arthur Smith’s style of coaching is considered old school. The fans would like to see them give their high potential players more opportunities. Smith’s coaching seems to be working and does not plan to change it any time soon.

According to most NFL betting sites, the Falcons have jumped up ahead of the Saints as +700 to win the division.