At Liverpool they don’t seem interested in winning the Premier League title, they are just enjoying the ride 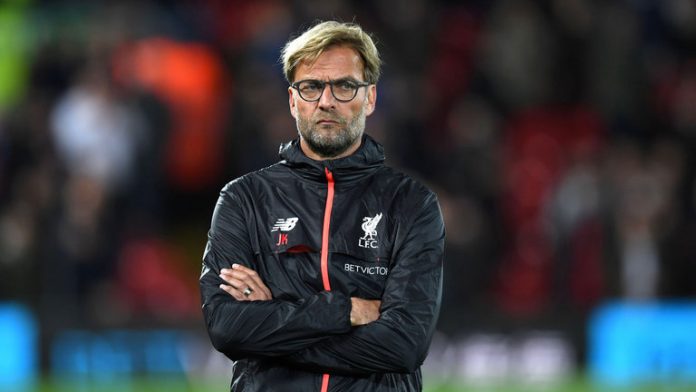 Liverpool haven’t won the title in the Premier League era and right now they seem to have no pressure at all to do it. In fact, Manchester United and Manchester City, who last won it in 2013 and 2014 respectively, seem to be more urged to become English champions.

In this there is a component very related to their managers. José Mourinho conveys the message that losing a match is a catastrophe and that’s why the press gives him that harsh treatment in every conference and every article. In any season, failing to win the title after such big spending is judged as a failure.

Pep Guardiola’s portrait is completely different. But he is so obsessed about perfect football that one tends to think things don’t go to plan when Manchester City finish outside top 1.

But at Liverpool, as a result of a combination of both the club’s present and its manager’s personality, no one puts a single ounce of pressure on Jürgen Klopp’s shoulders.

Liverpool are praised when they play fantastic football, when they hammer their ‘title rivals’ in any given match and when they challenge them too, like it happened in 2014 with Brendan Rodgers’ side. But, is there a feeling that after 28 years of draught they NEED to win the title?

Contradictorily, that’s good for the manager and the players. They can work without the scrutiny of the society and achieve the best results they can week in, week out. The calmer the better.

But that’s bad for everyone in the club too. Playing and managing just to enjoy the ride, making fans happy at times and at others disappointing them is leaving Liverpool behind their potential and responsibility. Now Champions League qualification is not even demanded in every season. It is just deemed as a bonus when they manage to do it.

I still cannot understand why no one in the club, including Klopp, hasn’t realized they are NOT going to win anything important with Simon Mignolet as a goalkeeper and Dejan Lovren as a centre back. In recent years Liverpool have heavily invested in midfielders, wingers and strikers like Adam Lallana, Sadio Mané, Roberto Firmino and more recently Mohamed Salah, but spending in the back line are limited to average players like Joel Matip, Loris Karius, Joe Gomez and Andrew Robertson.

Comparisons are hateful 90% of the times, but if you take a glimpse at the other ‘title rivals’, you will find the likes of John Stones, Nicolás Otamendi, Chris Smalling, Eric Bailly, Gary Cahill, David Luiz, Jan Vertonghen and Toby Alderweireld, something very diferent to Liverpool’s picture of Lovren, Matip and Ragnar Klavan.

Mignolet vs David de Gea, Thibaut Courtois, Ederson and Hugo Lloris is more than a joke.

The frequency by which Mignolet and Lovren make mistakes that cost Liverpool points and wins, like last weekend’s derby against Everton, is a clear evidence that something must change.

But they don’t seem urged too, they don’t see the Premier League title as something they are obliged to fight for. They are just pleasing the crowd (when they can) and enjoying the ride.