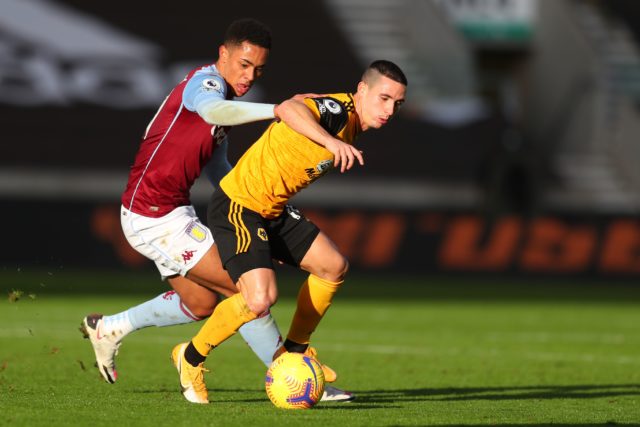 Aston Villa have fans taken to social networking site Twitter to express their reactions after hearing Conor Hourihane could be offloaded this month.

Football Insider reported yesterday that Villa are considering the option of letting the midfielder leave this month.

The same publication is now reporting that Championship club Swansea City are looking to sign him on loan for the rest of the season.

A lot of Villa fans are not happy with the club’s decision. Here are some of the selected tweets:

Awful. Unless we have a better player coming in in that midfield role, leaves us criminally short should McGinn or Luiz get a knock.

Why are people crying? We need to look at the bench and see players that can change it up if needed.
Sadly that ain’t Hourihane.
Good servant to the club, but if we want to continue to improve as a team, we need to upgrade players like Hourihane.
No room for sentiment!

If it means they are signing Olise or Buendia I am all for it. Contract is up at season's end and Conor can make a big impact somewhere – just not here in the PL. Given time and some space to run into he is a beast.

Out of contract I believe in the summer too and unlikely to be given a new contract. Shame as been a really reliable player with an eye for a goal/assist and makes the squad stronger with him in it

Torn on this. Love having him around for his attitude and FKs but he’s too good to wait around in the stiffs. Whatever happens he deserves for it to be on his terms.

Hourihane, who is on £30k-per-week wages at Villa Park, has been an important player for the club for the past four years and played a crucial role when Villa got promoted to the Premier League.

Last season, he scored seven goals and provided five assists in all competitions as he helped Villa stay in the top-flight.

However, he has dropped down the pecking order at the club following the arrivals of a galaxy of stars in the form of Ollie Watkins, Ross Barkley and Bertrand Traore.

He has just made five appearances in all competitions this season. Dean Smith has relied on the partnership of Douglas Luiz and John McGinn, while he has been overlooked as an option in the attacking midfield roles.

The Republic of Ireland international has struggled for game time and could be a superb signing for the Swans. He has played in the Championship before and would add tremendous quality to the Swansea side.

Swansea are looking to sign a proven midfielder who has got plenty of experience, and Hourihane fits the bill.