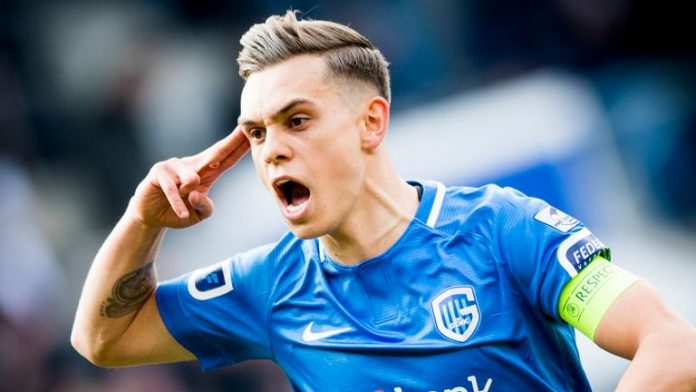 Genk winger Leandro Trossard has revealed that he will be undergoing a medical for Brighton on Tuesday.

Sky Sports reported earlier this week that Brighton have agreed a deal to sign Belgian winger Trossard from Genk for £18m.

The player’s representatives were in England to finalise the deal. If the deal goes through, he would represent a record transfer fee for the Seagulls, surpassing the £17m they paid for Alireza Jahanbakhsh last summer.

The winger led Genk to their fourth Belgian league title last season, scoring 22 goals and registering 11 assists in 47 appearances across all competitions.

Villa signed Anwar El Ghazi from Lille on a permanent basis and Jota from Birmingham City, but they were thought to be in the hunt for Trossard’s signature as well.

However, the player has confirmed that he will undergo a medical on Tuesday. He says that it would be a dream come true for him to play in the Premier League, and has thanked the Genk fans for their wonderful support.

Leandro Trossard: “On Tuesday I will undergo a medical with Brighton. This is a dream that comes true: playing in the Premier League. I would like to thank the Genk fans. Winning the league title was the perfect farewell.” #bhafc pic.twitter.com/ASahjfVmPV

The 24-year-old will become Graham Potter’s second signing as Brighton manager after they finalised the transfer of centre-back Matt Clarke from League One side Portsmouth on Saturday.