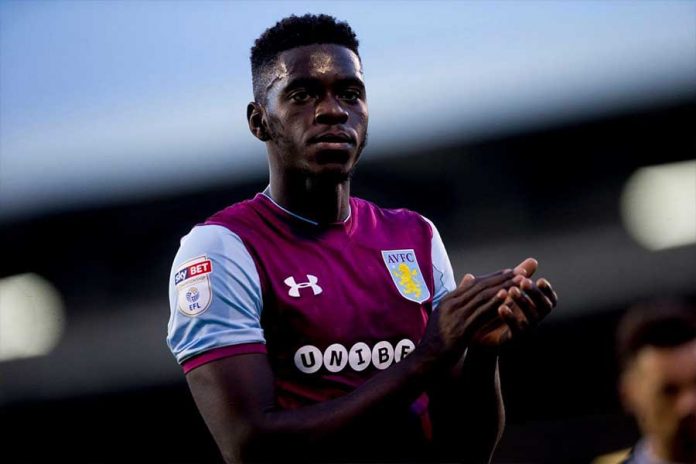 Aston Villa are looking to sign Axel Tuanzebe on a permanent deal this summer.

The player was on loan at Villa last season and he managed to impress with his performances.

According to Daily Mail, the newly promoted side are set to submit a bid for the Manchester United defender. They are hoping to seal the signing for a fee of around £8m.

The 21-year-old needs to play regularly at this stage of his career and this could be the ideal move for him.

The report adds that Manchester United are reluctant to sell the player.

It will be interesting to see if Villa manage to secure an agreement with the Premier League giants in the coming weeks.

Tuanzebe should look to force the move as well if he wants to play week in week out in the Premier League next season. Manchester United cannot provide him with first-team opportunities right now.

Aston Villa have been quite active in the market so far and they have already signed the likes of Wesley, El Ghazi and Hause.

They have been linked with the likes of Kongolo and Mings as well.

Here is how some of the Aston Villa fans have reacted to the report regarding Tuanzebe.

on my knees villa

£8m would be unreal 4 Tuanzebe

Get this done ASAP

Come on villa get this deal done ?