Aston Villa are all set to complete the signing of Borja Baston from Swansea.

According to John Percy from The Telegraph, the striker will join Dean Smith’s side on a short term deal.

With Wesley ruled out for the season, Villa wanted to bring in a striker this month but they failed to sign any of their top targets.

Baston has been in poor form for Swansea and it will be interesting to see how he performs in the Premier League.

A fresh start at a new club could be a positive for him. He will be looking to regain his sharpness and confidence with regular game time at Villa Park.

The Atheltic have confirmed the same. 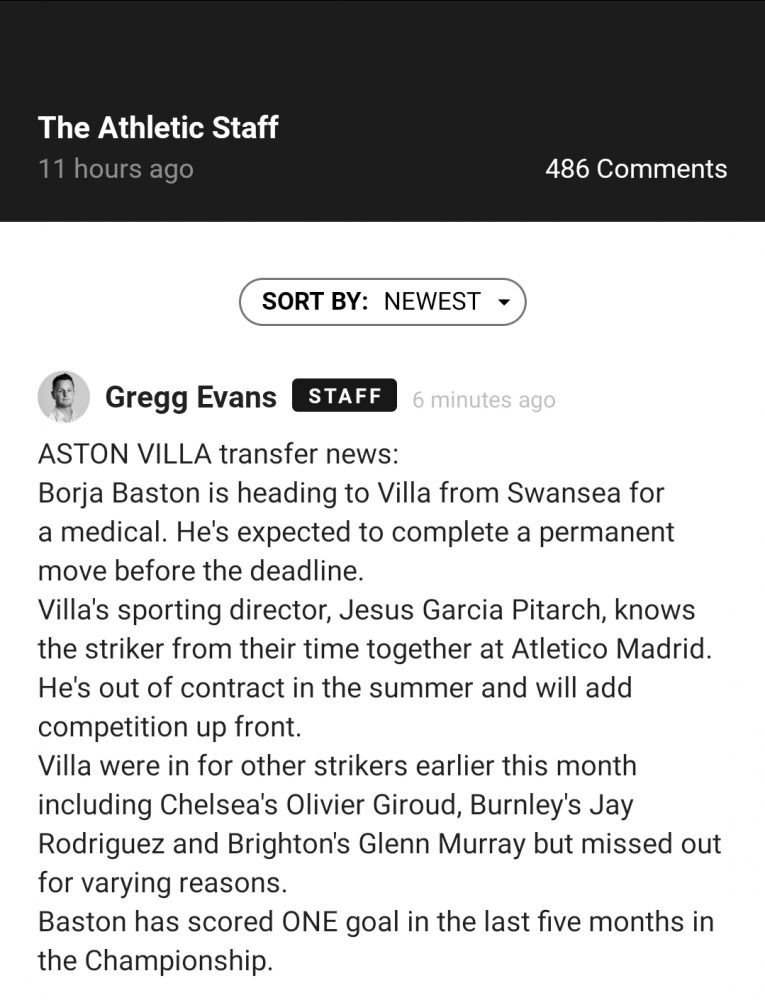 Baston is heading to Aston Villa for his medical now. The 27-year-old Spaniard will be out of contract in the summer and if he manages to impress with Villa, he could bag a permanent move to Aston Villa.

Villa have been linked with a host of attackers this month. The likes of Giroud, Murray, Slimani and Jay Rodriguez were all looked at by the Premier League outfit.