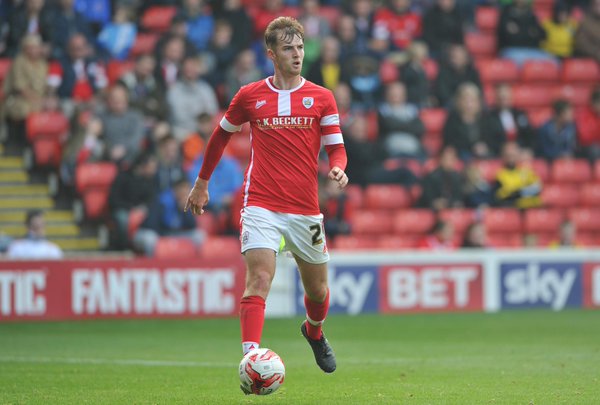 Championship side, Aston Villa, are ready to make a £4m move for James Bree, but the Villans could face a tough competition from Premier League clubs. According to reports from the Mirror, Steve Bruce, the Villa manager, watched Bree’s performance in the FA Cup third round.

The 19-year-old defender is one of the highly talented youngsters who have come through the youth ranks at Barnsley. He made his senior debut for Barnsley in 2014, and has made 46 appearances for the Tykes till date.

Bree was awarded the LFE Apprentice of the Year for League 1 last year, and he played a significant role for the side in Barnsley’s promotional campaign. He is solid at the back, but it is his natural ability to join the attack that has caught the attention of top English clubs.

Villa, however, are likely to face a strong competition from Manchester City. Likewise, Manchester United, Tottenham, Arsenal, West Ham and Southampton have all been monitoring the youngster’s progress.

City are unlikely to allow Bree to go to Villa, and they are ready to pounce on the right-back who can also play in midfield. Villa could offer him a huge increase in wages and the opportunity to play regular football. He will go straight into Bruce’s first eleven, something that might tempt him to reject a move to Manchester City or any other Premier League club.

Bruce has done a great job since taking charge of Villa. He has made an immediate impact, with Villa moving up to 12th from 19th and closing the gap between them and the top six to just seven points. The former Sunderland manager is looking to bolster his squad in the January transfer window, and the club have recently launched a bid for Henri Lansbury. Bruce will be hoping to make Bree his second January signing before the window closes.