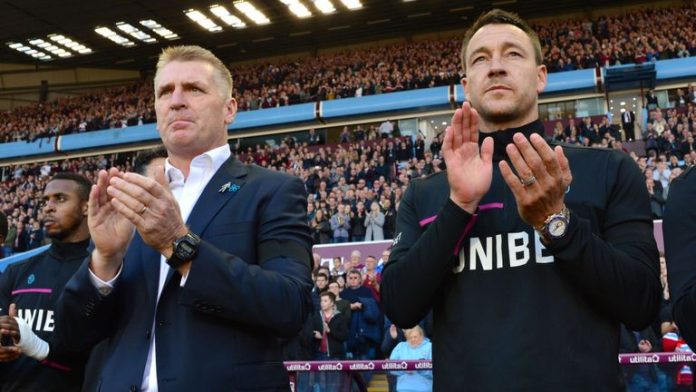 Aston Villa new signing Bjorn Engels has revealed to the Daily Mirror how assistant manager John Terry has helped him settle down at his new club.

The 24-year-old joined the Villans earlier this month as part of the £110million recruitment drive this summer following their return to the Premier League.

The Belgian defender follows the path of Vincent Kompany, Jan Vertonghen and Toby Alderweireld – players from Belgium who have graced the Premier League.

He has revealed that Terry has offered him a few tactical tips already. Engels has hailed him as a ‘legend’ and says that he has always looked up to him.

“It has been easy to settle in, the new players have been made very welcome by Jack Grealish, Conor Hourihane, the leaders of the team,” Engels told The Mirror.

They tell you how important it is to play for Villa. And [Chelsea legend and now Villa assistant] John Terry has had a few words, telling me to enjoy it and a few tactical tips. It is great to work with him, he is a legend and I always looked up to him.”

Dean Smith has signed four centre-backs already this summer with the likes of Tyrone Mings, Ezri Konsa, and Kortney Hause having joined the club along with Engels.

The Belgian has made a good start since joining the club, and has impressed in the pre-season friendly games.

However, the centre-back is surely going to face a lot of competition in the side for regular starting places.