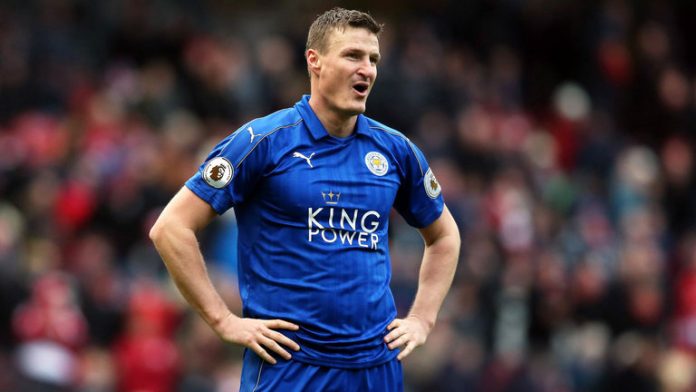 John Terry’s exit from Aston Villa after their failure to win promotion to the Premier League has left a big gap for manager Steve Bruce to fill.

Terry made 36 appearances for the club last season, but he was not offered a contract extension after his one-year deal expired.

With Financial Fair Play regulations potentially causing Villa some headaches moving forward, Bruce will have to be clever in the transfer market to ensure his side mounts a serious challenge this time around.

Sportslens takes a look at five defenders Villa could target to replace Terry this summer.

The former Manchester United defender is wanted by a number of clubs and a £5 million price-tag could be problematical for Villa.

He was relegated with Sunderland last season, but his performances were a cut above anything his teammates produced.

Derby County, Stoke City and Norwich City have all been linked with McNair and it could be difficult for Villa to compete if a bidding war starts.

Huth will turn 34 in August and his experience could prove invaluable to Villa in their bid to win promotion.

The German will leave Leicester City at the end of his contract this summer, having helped the club win the Premier League title during his time at the club.

Huth struggled with injuries last term, but if he can stay fit he would be an ideal choice for Bruce to build his defence around next term.

Caulker has fallen a long way since scoring on his solitary appearance for England back in 2012.

Last year, he admitted to struggling with mental health issues, while gambling and alcohol addictions had also threatened to derail what should have been a promising career.

He has got back on track in the Scottish Premiership with Dundee and he could be an interesting proposition for Villa if he fancied heading back to England.

Manchester United are reportedly willing to let Axel Tuanzebe join Villa on loan again next season and it’s a deal that Bruce should be looking to complete quickly.

Tuanzebe arrived on loan from Old Trafford with big expectations in January, but injuries restricted him to just four Championship starts.

Red Devils’ boss Jose Mourinho has previously praised the 20-year-old’s abilities and a season at Villa Park could greatly benefit both parties.

Villa have already been linked with Pachonik and his versatility would undoubtedly be a big plus point with Bruce.

The German defender is equally comfortable at either right-back or centre-half and he would be a useful addition to Villa’s squad.

The 23-year-old is set to become a free agent this summer, as his contract with Carpi is due to expire at the end of June.