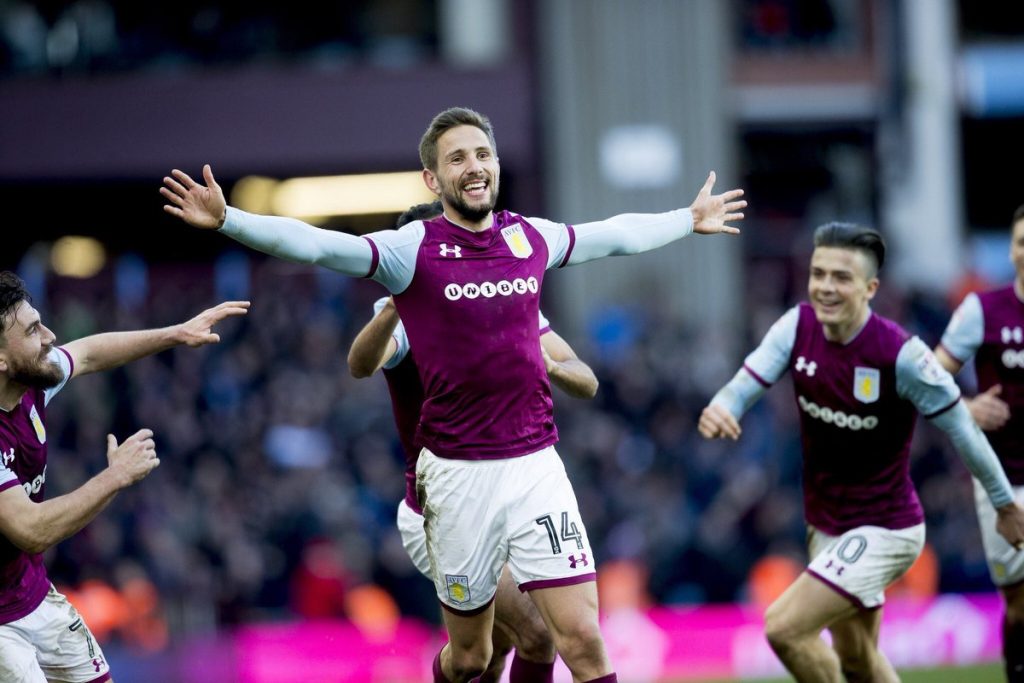 Aston Villa crashed to a derby defeat against West Brom in the Championship yesterday.

The away side cruised to a 2-0 win against a toothless Aston Villa side. Goals from Robson-Kanu and Rodriguez sealed the win for the visitors.

Dean Smith was already under a lot of pressure heading into the game and a loss in the derby has worsened his position.

It will be interesting to see if he can turn it around and finish the season strongly with Aston Villa now.

The Birmingham based outfit were expected to fight for promotion this season but it has gone horribly wrong for them so far.

After a poor start, Steve Bruce lost his job and Smith hasn’t been able to steady the ship either.

Villa fans seemed quite disappointed with the performance against the Baggies yesterday. Conor Hourihane’s display was quite poor in particular. His performance was so poor that the home fans cheered when he was taken off in the second half.

The Aston Villa midfielder produced yet another anonymous display for his side and the fans took to Twitter to share their thoughts on his showing.

Hourihane has been poor?!? And in other news the sky is blue #AVFC https://t.co/46ogZAdtmr

Drop Elmo, hourihane, whelan, Hutton and play some of the kids. They couldn’t care about the club and just running down the clock on their deals. This is Bruce’s doing not Smith…..#avfc

Hourihane should never put the shirt on again. #avfc #coward

Disappointing yet again.
Hourihane, Hutton and Elmo all need to be dropped. Should have played 4-4-2 from the kick off. Albion did nothing all game just 2 lucky goals. #AVFC

Hourihane is having an absolute stinker. #AVFC #UTV