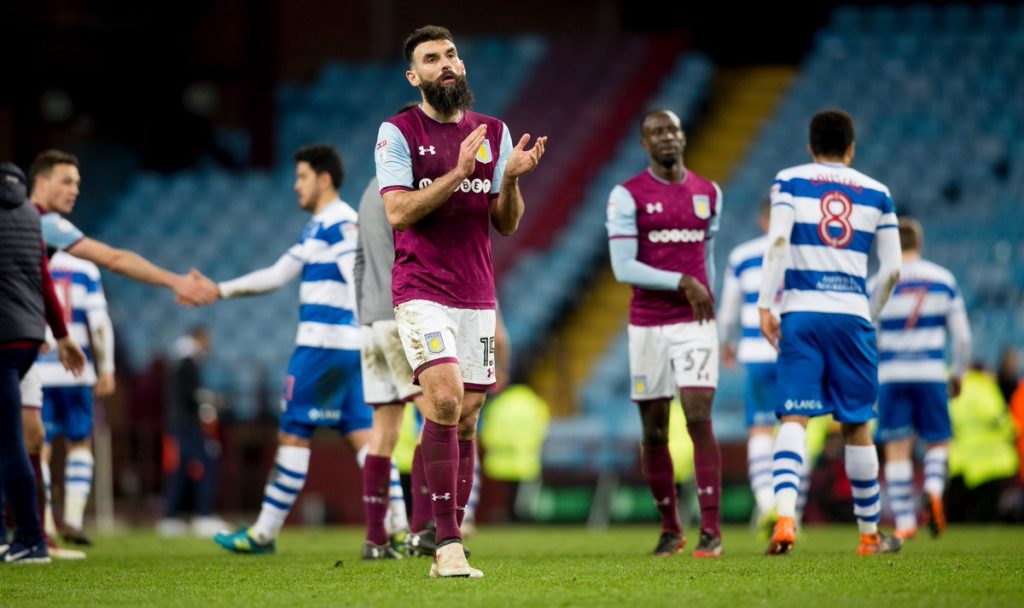 Steve Bruce’s men were in fantastic form heading into this game and the fans are frustrated with the defeat at this stage of the season.

Villa came back into the title race after their stunning win over Wolves in the last game but the heavy defeat leaves them ten points behind the league leaders now.

Ryan Manning scored his first goal of the season to give QPR the lead against Villa. Jake Bidwell added a second and substitute Luke Freeman notched their third goal in the 82nd minute.

James Chester bagged a consolation for the home side in the 88th minute.

Despite being in control for large spells, the home side failed to convert their chances and they paid a heavy price for that. Furthermore, the fans will be frustrated with Villa’s poor defending as well.

Embarrising! A sign that we don’t belong in the PL yet. We would just get relegated.

Played Grealish at CDM tonight? Awful tactics too slow, no service up front. Hourihane to slow, Jedinak out Birkir in.

Well Done Lads. You’ve just blown any chance of the top 2, well probably the entire season to be honest. If you bottle this how can you possibly get a result in the play offs. If we make it that is. Absolute joke of a result.