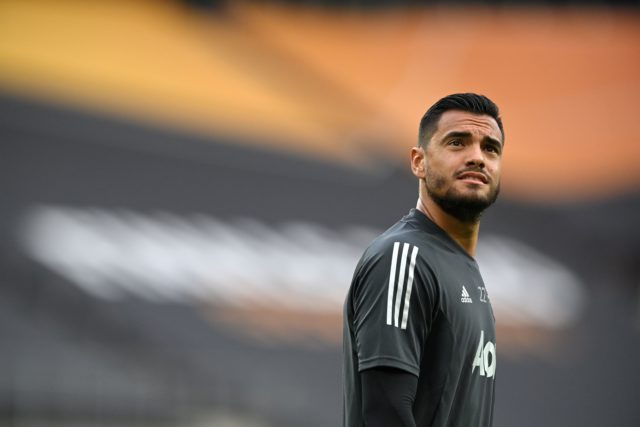 Aston Villa fans have taken to social networking site Twitter to express their reaction to reports linking the club with a move for Sergio Romero from Manchester United.

Dean Smith is keen to land another keeper before the new Premier League season gets underway and has earmarked Romero as an ideal candidate.

Many Villa fans feel that Romero would be a very good signing for the club. Here are some of the selected tweets:

That is a ridiculous record #AVFC pic.twitter.com/LgrgSZDQVM

Sergio Romero is a hell of a GK for £8m, despite his age. Still has 3-5 years in him. Good business. #avfc

He’s worth the money we’re apparently offering, if not it’s a proper bargain

According to reports from The Athletic, Villa are looking to sign Romero who is valued at around 10m.

Manchester United are reportedly interested in signing Jack Grealish from Villa, and the Red Devils could use Romero as a makeweight for any deal.

Romero was said to be unhappy with being left out of United’s FA Cup semi-final defeat to Chelsea, and the Europa League loss to Sevilla.

Romero will bring quality and experience to the side and would be a very good signing for Villa.

Meanwhile, Villa have confirmed the signing of Matty Cash from Notting Forest today. It remains to be seen whether Romero could become their next signing of the summer.