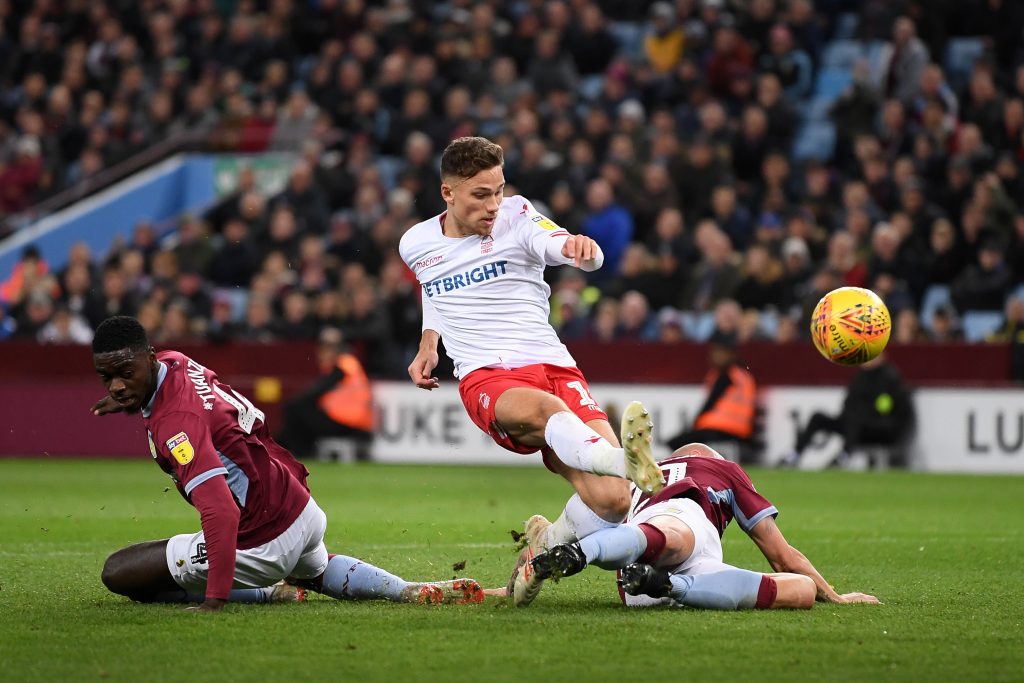 Aston Villa have agreed on a deal to sign Matty cash from Nottingham Forest.

The Premier League side will pay around £14 million for the right-back and the 23-year-old is all set to complete his medical with the club soon.

Aston Villa were desperate to sign the full-back this summer and they will be delighted to have secured the agreement now. As per The Athletic, the fee could rise to £16 million and Aston Villa made a total of four bids to convince the Championship club.

Dean Smith needed to sign a quality right back to replace Elmohamady and Cash has proven his quality in the Championship. He is ready to make the step up to the Premier League now.

The 23-year-old is a good defender but he is equally impressive going forward as well. Cash would add a new dimension to Aston Villa’s attack this season.

The defender should prove to be an upgrade on the likes of Guilbert and Elmohamady next season.

Some of the Aston Villa fans have taken to Twitter to share their reaction on the potential signing and here is what they had to say earlier.

Welcome to the club Matty Cash