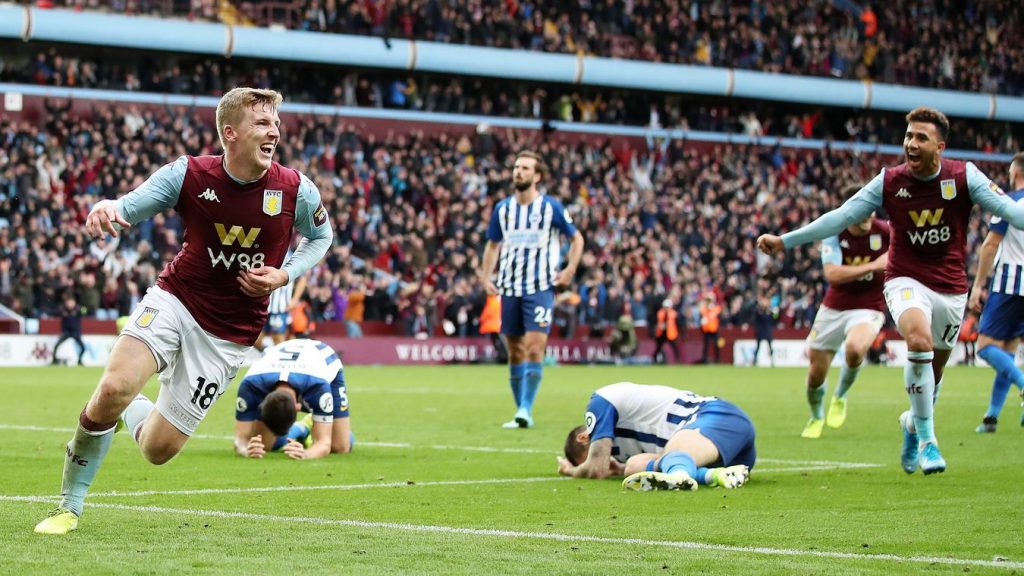 Aston Villa secured a 1-1 draw away to West Ham in their final Premier League game of the season.

Jack Grealish gave the Villans a priceless lead late on in the game but a deflection allowed West Ham back into the game. However, Aston Villa held on for a point in the end.

Watford’s defeat to Arsenal means that Aston Villa are now safe from relegation and Dean Smith will be delighted with his side’s fight in the last two games.

The win over Arsenal has proven to be the game-changer for Villa in the relegation battle.

Aston Villa put on a solid defensive display today but Matt Targett’s nervy showing did not go down too well with the fans.

The 24-year-old Aston Villa left-back looked shaky at the back and came up with sloppy tackles in dangerous areas. Furthermore, he managed to give the ball away in threatening situations as well.

Targett has the potential to develop into a reliable left-back for Villa but he will have to work on his decision making and he needs to cut out the inconsistency from his game as well.

Here is what the Aston Villa fans had to say about his performance today.

Targett has been sloppy, Luiz is excellent. Mostly average performances so far. We are 1 goal from disaster or celebrations. Too tight to call atm #AVFC

How many times has Targett given the ball away today! That said Grealish should do alot better with that chance. #AVFC

Villa are hanging on so far but haven’t done much with the ball – Targett especially sloppy.

Bournemouth are going down swinging to give themselves a chance.

No room for errors in the 2nd half for Villa vs West Ham.

I’ve run out of fingers counting the times Hourihane and Targett have turned the ball over. #avfc

Targett is a liability.

Tackle. Give it back. Repeat.

Targett has been absolutely woeful

Targett looks a bag of nerves.