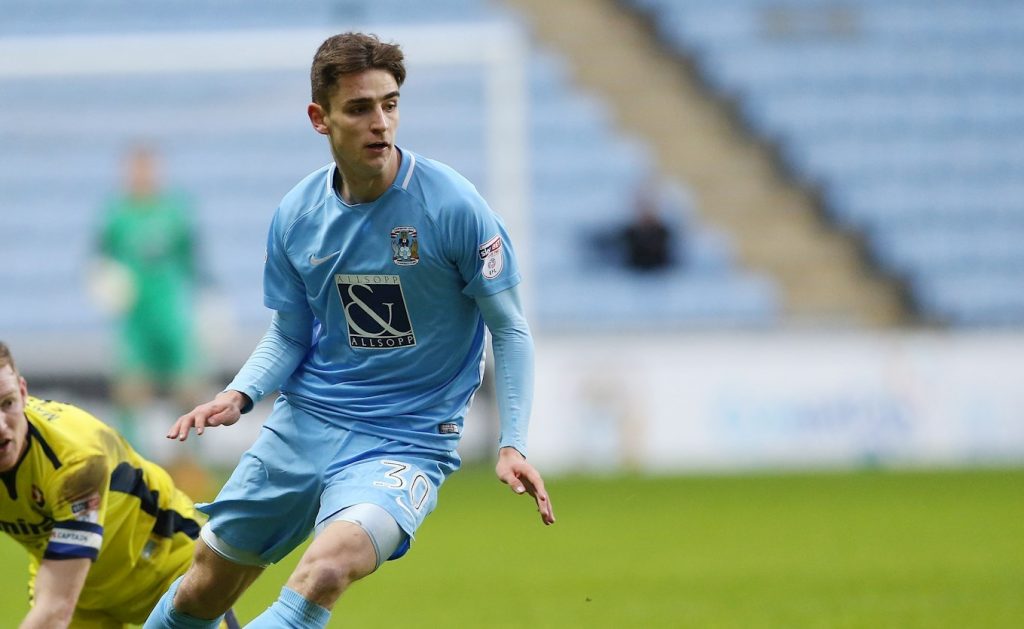 Aston Villa have been linked with a move for Tom Bayliss this summer.

As per the Sun’s print edition (via HITC), the versatile midfielder is a target for Dean Smith’s side.

Bayliss has caught the attention with his performances for Coventry and it will be interesting to see if Villa manage to agree on a deal for him.

The 20-year-old can play as a central midfielder or as a wide player. His versatility would be a bonus for any team he joins.

Although, he is not ready to make an impact for Aston Villa’s first team just yet. He will need a lot more experience and development to start in the Premier League.

Bayliss is one for the future and he might get his chance in the cup games next year if he manages to impress for the youth team and in training.

The Coventry midfielder is quite highly rated and he could develop into a quality player with the right guidance.

Villa have done well to develop the likes of Grealish and Bayliss will be hoping to follow the same route to the first team.

Some of the Aston Villa fans have taken to Twitter to share their thoughts on the potential signing. Here are some of the reactions from earlier.

Paper talk I know but this lad is special and if Villa do make a move for him I would love this. Reminds me of Brooks from Bournemouth. Out of all the fake news this is the one I really like. Make it happen Villa ?

Yeah. I don’t think he is prem ready. But he’s got good ability and can beat a man. He’s a good buy for a couple of seasons down the line I think