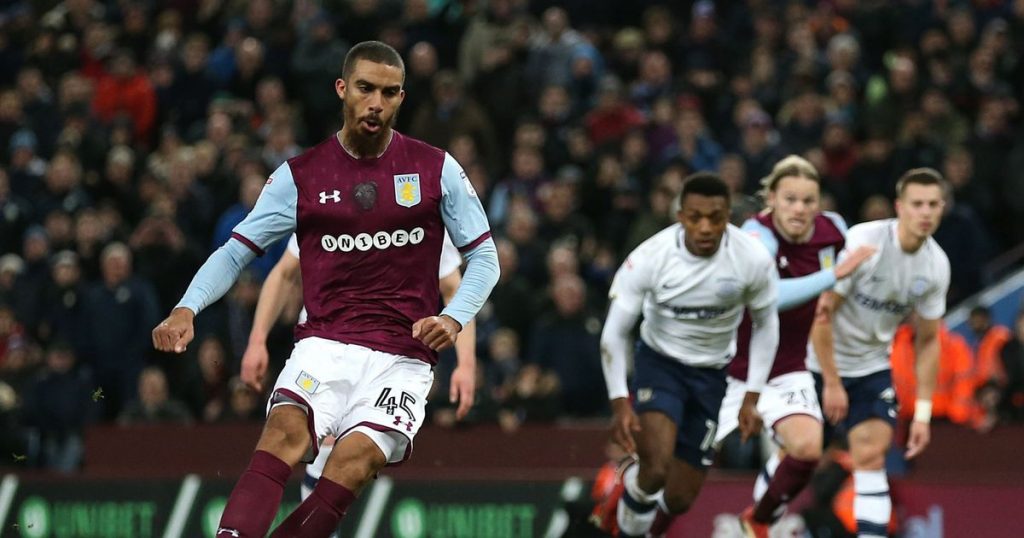 Aston Villa have reached the Championship play-off finals after managing a 0-0 draw at Villa Park on Tuesday, and in the process beating Middlesbrough 1-0 over the two legged-tie.

Steve Bruce’s side will face Fulham in the play-off finals at Wembley. After the match, Villa player Lewis Grabban took to social networking site Twitter to express his reaction. He tweeted:

Now for the final. #AVFC pic.twitter.com/7XjPhXySvx

The 30-year-old striker joined Villa on loan from Bournemouth in the January transfer window, and he made a huge impact for Bruce’s side.

He has scored seven goals since joining Villa, and was brilliant against Boro as well. He came close to scoring for Villa in the second half, and overall put in a very good performance.

In the end it was Mile Jedinak’s header in the first leg that made the difference between the two sides over the two legs.

Villa fans took to Twitter to respond to his tweet and let him know that he was brilliant on the night.

Must of been tough today for you today Lewis, keep going and win this final ??

Stay with us Grabb’s love it when you twist and turn the opposition and always a goal threat for us, do your thing in the final and enjoy it UTV!

Absolute soldier today Lewis ! Really unlucky with a couple of your efforts tonight. A great performance though.

I sense a brace

You ran your socks off Lewis, get us up now and sign permanent ???UTV