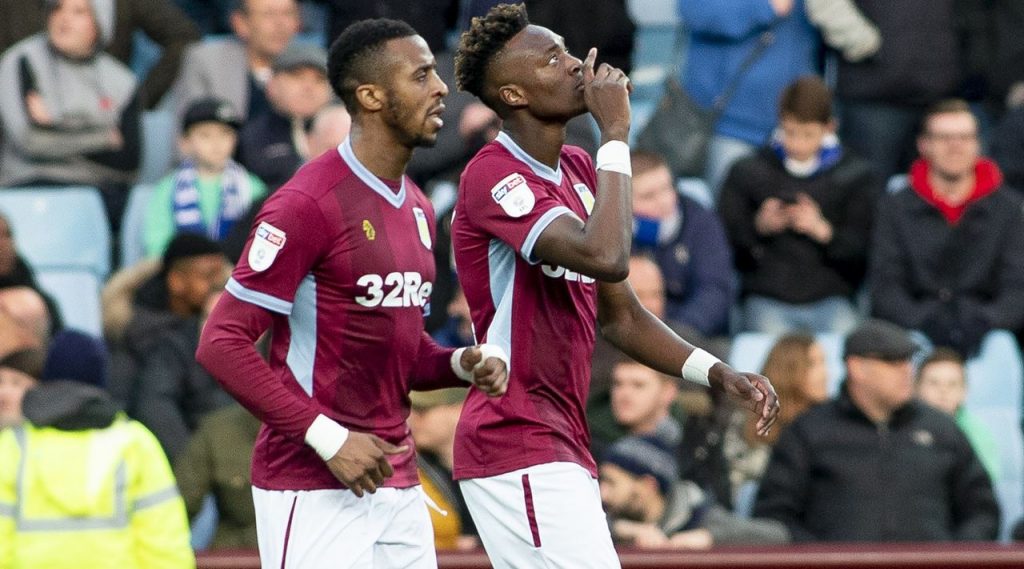 Aston Villa were held to a 2-2 draw at home to QPR in the Championship last night.

The Villans took the lead through Tammy Abraham halfway through the first half but QPR struck twice in quick succession to take the lead.

Luke Freeman and Ebere Eze scored for the away side. Tammy Abraham scored the equaliser on the 75th minute to secure a draw for the home side.

Dean Smith’s men are now 10th in the Championship standings with 38 points.

Aston Villa should have won the game at home and Dean Smith will not be too pleased with the result. These are the games his side should be winning if they want to play Premier League football next season.

The home fans were particularly unhappy with Jonathan Kodjia’s performance against the Londoners and they took to Twitter to share their thoughts on the matter.

Here are some of the reactions from the Aston Villa fans from earlier.

Kodjia & Hutton down the left is a walking disaster #avfc

Once again does anyone want to explain exactly what Kodjia bring to the party? #avfc

If Chester, Hutton, BB, Hourihane, McGinn, Adomah, Kodjia and Bolasie could pass the ball, we’d have a half decent team.

Hutton, Hourihane. Bjarnason and Kodjia were ? today and McGinn tbh! We need at least 3 new signings in jan! We need to start picking up wins. Bree and Elphick were decent I thought! #avfc

Usual draw, usual errors, not getting promoted and will struggle for playoffs without some real changes. Hutton, Bjarno, Kodjia, Adomah all really poor. Bree did well as did Elphick #avfc #TammyOrBust