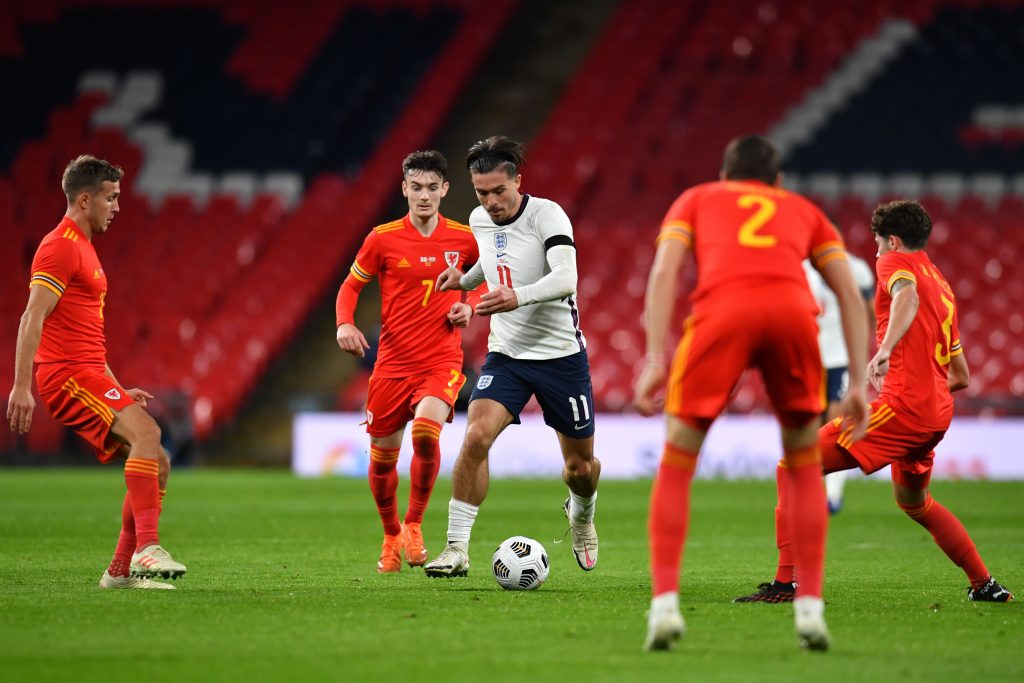 Jack Grealish produced a fantastic display for England against Wales last night and the Aston Villa star picked up the man of the match award as well.

The 25-year-old has had to work hard to get his international chance and he has grabbed it with both hands now.

It will be interesting to see if he can establish himself as a key starter for England now.

There is no doubt that he has been a quality player for Aston Villa in the Premier League and he has started to showcase his talent for England now.

Grealish helped set up Calvert-Lewin’s goal and his creativity was instrumental to England’s comfortable win against Wales. The midfielder helped create chances and carved open the Welsh defence numerous times on the night.

The Aston Villa midfielder adds something different to the side compared to the other English midfielders in the squad. His technical ability and the ability to carry the ball could prove to be invaluable for the team.

Some of the Aston Villa fans have taken to Twitter to share their thoughts on the 25-year-old’s performance last night and here is what they had to say.

Best player in the league at the moment. King.

Awesome as usual.. no different to the immense performances day in, day out for @AVFCOfficial pic.twitter.com/8otwJWtgi3

Class Jack, MOTM 🐐⭐️🏴󠁧󠁢󠁥󠁮󠁧󠁿🅰️ Finally more people get to see what us villans do every week, proud of you, keep going & you’ll be the regular for England that you always dreamed of

You were awesome @JackGrealish . Long may your reign be. I can see over the next season or 2, you will captain your country and provide as many scintillating moments as you do for yours and my Villa