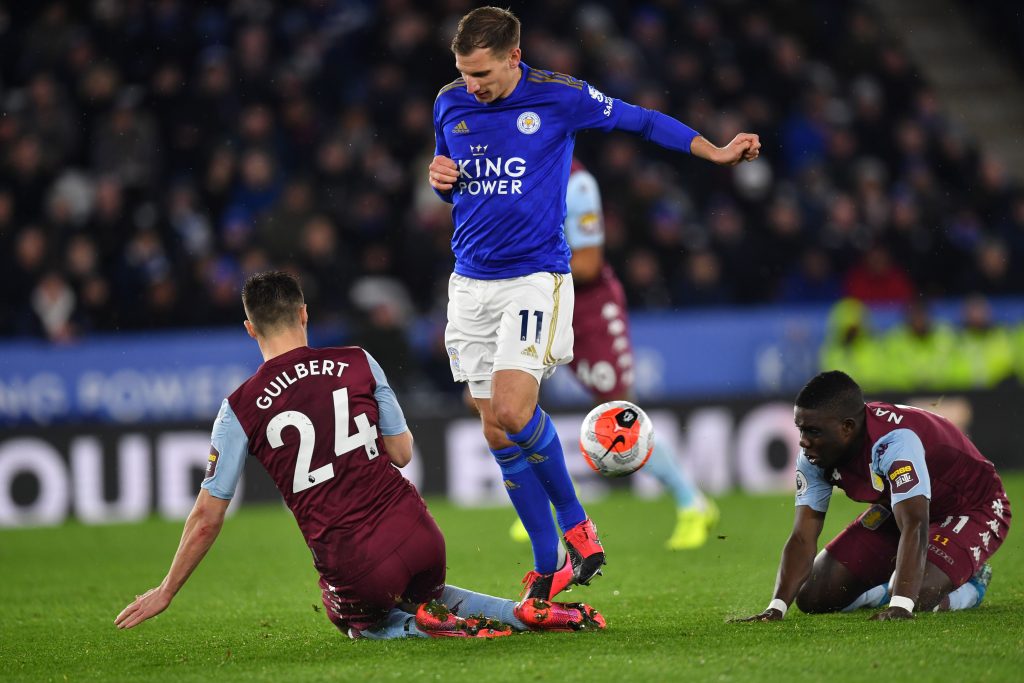 Aston Villa crashed to a 4-0 defeat against Leicester City in the Premier League yesterday.

Goals from Jamie Vardy and Harvey Barnes sealed the win for Brendan Rodgers’ side.

Dean Smith will be terribly disappointed with his team’s performance. The defeat will come as a massive blow to their survival hopes.

Aston Villa need to put together a winning run if they want to stay in the Premier League and they don’t look like they are capable of that.

Leicester City were the better team on the night but Aston Villa’s fragility at the back remains a major issue. The likes of Guilbert and Pepe Reina were quite poor and they will have to improve a lot.

The Spanish keeper was brought in to replace Heaton and the fans would have expected better from him. Meanwhile, the likes of Jack Grealish look exhausted.

It will be interesting to see how Aston Villa bounce back from this now.

Some of the fans were very upset with Guilbert’s display on the night. The 25-year-old Aston Villa full back was run ragged throughout the game and he will have to improve if he wants to keep his first team place going forward.

NOBODY CAN SAY TO ME, “GUiLBErt Is OuR BesT TacKLeR THoUGh” the man is awful, the biggest headless chicken and causes problems every game.

22nd min – Guilbert caught ball watching against Justin. Ball played inside him in the area & he has to make last ditch challenge. Challenges with wrong foot.

I’d actually play Elmo right back. Guilbert has been dreadful for a while now and seems to always be out of position. What we should never do is play Elmo at right wing again! #AVFC