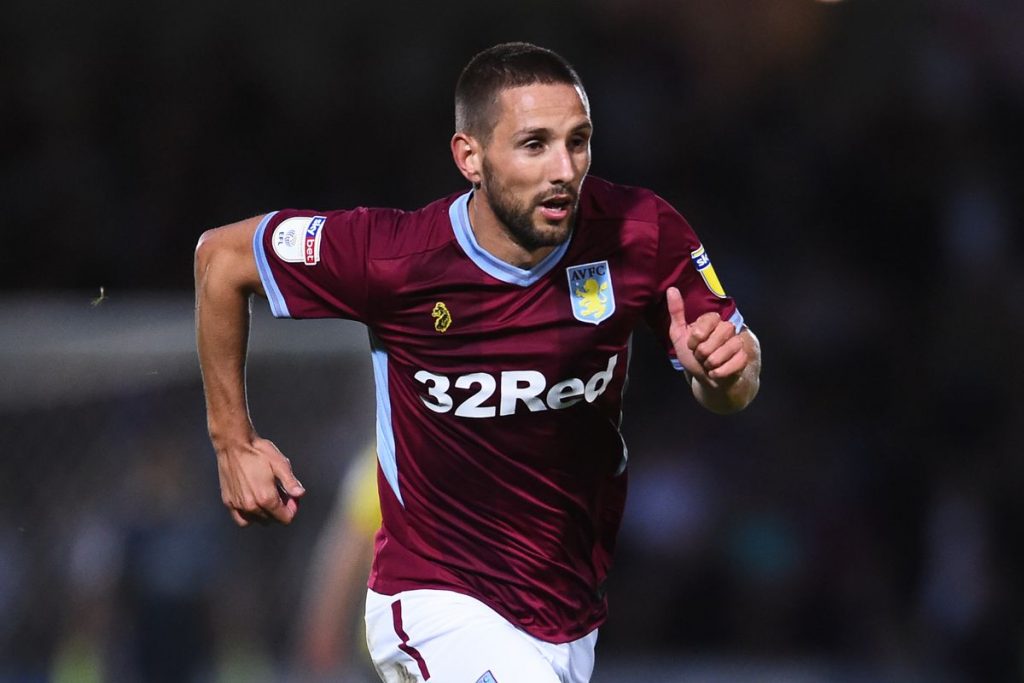 Aston Villa crashed to a defeat against Brentford in the Championship last night.

Neal Maupay scored in the 91st minute to inflict more misery on Dean Smith’s side.

The Villans were expected to challenge for promotion this season but nothing has gone according to plan so far.

Aston Villa have been very inconsistent even after Steve Bruce’s sacking and it seems that promotion to the Premier League might be beyond them this season.

Dean Smith’s men are 10th in the table after last night’s defeat.

Aston Villa struggled to control the game in midfield and the likes of Hourihane put in a dreadful showing for the away side.

The 28-year-old’s display left the away fans thoroughly disappointed. It will be interesting to see if he can bounce back strongly in the next game.

On form, he is a useful option for Smith but the midfielder seems to be struggling lately.

The fans took to Twitter to share their thoughts on Hourihane’s performance against Brentford and here are some of the reactions.

Hutton, Hause, Elphick, Hourihane, Whelan, Elmo, Adomah – not good enough. As simple as that. Why play players who aren’t going to be there next season and clearly don’t want to be here this season? #AVFC

#avfc awful football. Elphick Hutton Whelan Hourihane McGinn El Ghazi Adomah are awful. Gutted we loaned out so many younger players could be phasing them in now the season is over

I’d happily let Smith try whoever he wants, in whatever position he wants, in any system he wants, for the rest of the season providing Hutton, Adomah, Elmo, Hourihane, Whelan (though he did ok tonight) never played again. They’ve no future here. Others might have #avfc

The likes of Hourihane and Adomah are unfortunately frauds. The likes of Whelan and Hutton are now too old and their legs are gone to play with any kind of tempo. This is why we are getting overrun every single game. Not Smith’s fault Bruce left this shower #AVFC