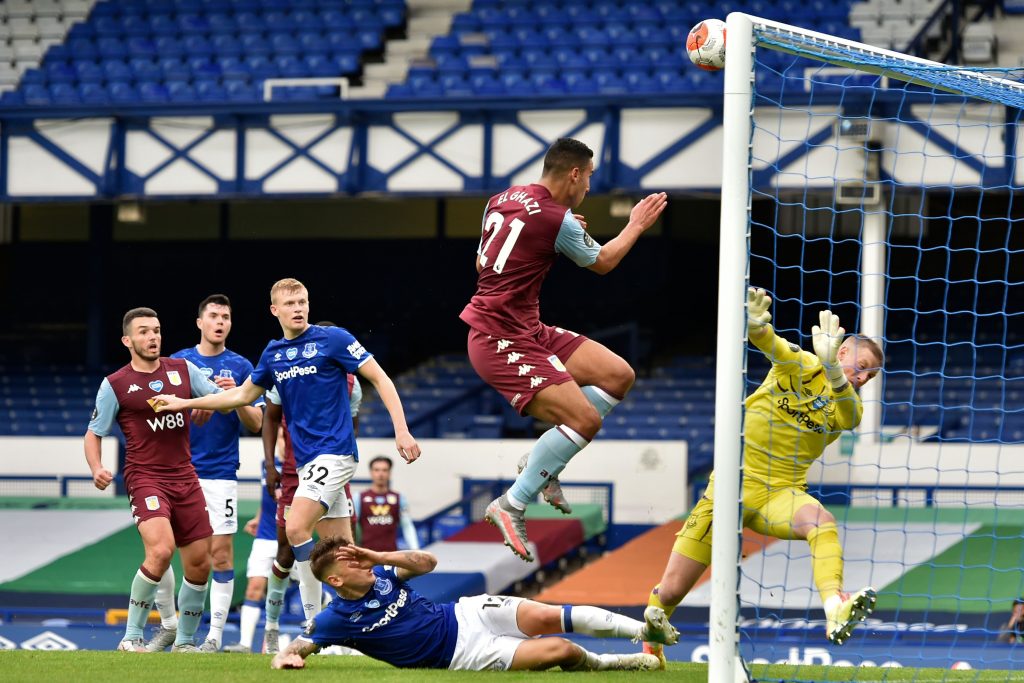 Aston Villa were held to a 1-1 draw against Everton in the Premier League earlier.

Dean Smith’s men were close to winning a vital away game but Theo Walcott’s late goal saved the blushes for Everton. The former Arsenal man scored on the 87th minute to bring his side on level terms.

Ezri Konsa had given Villa the lead on the 72nd minute and Aston Villa could have easily won the game.

The Villans needed to win to boost their survival bid and they will be devastated to have dropped the two points so late in the game.

Anwar El Ghazi had the chance to score another for Villa but the winger missed a sitter. Apart from the miss, El Ghazi did not put in a particularly good performance either.

The 25-year-old winger came on for Trezeguet around the hour mark and he could have put Aston Villa out of sight. El Ghazi smashed the ball high and wide from underneath the crossbar with ten minutes to go.

Some of the Aston Villa fans have taken to Twitter to share their reactions to the winger’s miss and here is what they had to say.

El Ghazi hasn’t cost us the season, he cost the game but not the season. Don’t be over dramatic as it’s still not over yet.

Who the hell made the final decision for El Ghazi and Trez? Honestly. Worst first choice wingers in the league.

el ghazi’s miss is so depressing

Why bother playing el ghazi, he’s either missing tap ins or shooting from 40 yards out

There’s nobody in the premier league worse from 2 yards than Anwar El Ghazi.#AVFC

His miss has cost us the season. pic.twitter.com/ZkxgTr94Qs