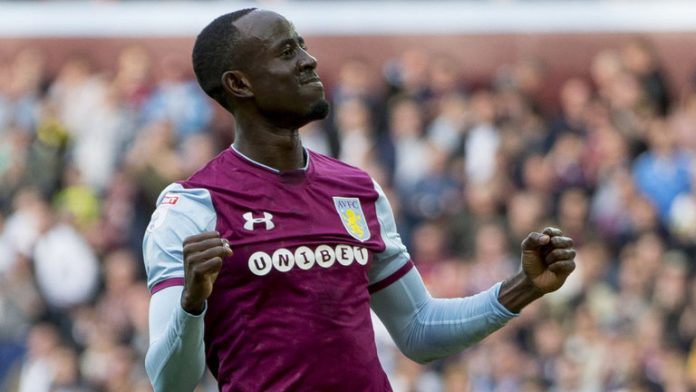 Aston Villa crashed out of the FA Cup after a 3-0 defeat against Swansea City last night.

Dean Smith’s men would have wanted to progress in the competition but they failed to turn up and Swansea punished them.

Aston Villa lacked desire and fight yesterday and Smith will be unhappy with the showing.

The Championship outfit have been quite inconsistent this season and yesterday just provided more evidence of that. Furthermore, Villa’s defence is showing no signs of improvement.

Dean Smith must improve his backline if he wants to fight for promotion this season.

It will be interesting to see whether Villa manage to make the most of the January transfer window and address their key weaknesses.

Aston Villa fans were not too happy with the players’ performances last night. They took to Twitter to share their thoughts on the players and the display in general.

Adomah’s performance was unimpressive in particular and here are some of the reactions to his display last night.

I think Tammy will go. Smith says we will replace him with Kodjia. Fine, but then we need to sign a winger. We can’t have Adomah starting again. Such a shit player #avfc

Need to get Adomah on the bench and bring someone else in.

Hogans blown his chance, O’hare isn’t ready. Hutton is crap. Adomah hasn’t got it any more. Today has answered questions today of what is needed. #avfc

Albert Adomah has to be one of the worst wingers I’ve ever seen; always offside, can’t cross, can’t control the ball, couldn’t beat a lamppost, up there with Neil Taylor and Glenn Whelan to see who the worst player we have is #AVFC

What a dreadful half of football.
Adomah and El-Ghazi – terrible.
O’Hare, Whelan and McGinn the only ones trying.
And Hogan getting zero service (people will still moan about him though)#avfc

One of the worst #avfc performances you’ll see today. Taylor, Adomah and Bree all stealing a living