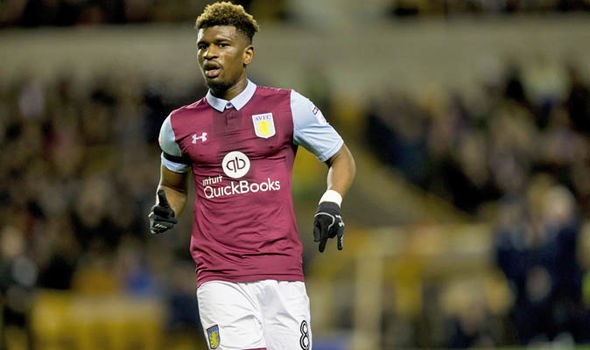 The 24-year-old midfielder is reportedly wanted by League One club Sunderland.

Villa have signed as many as 12 players this summer, and they have enough depth and quality in midfield.

The DR Congo midfielder does not feature in Dean Smith’s first-team plans, and a move away from Villa Park looks highly likely.

According to reports from FootRDC, Sunderland could sign him for a deal (could be both as fee and wages) in the region of £2.75m before Thursday’s transfer deadline.

Many Villa fans have taken to Twitter to express their reactions.

In other news, villa fans forgot he still played for us ???

Good move for Tshibola if it comes off

Harsh but seems like that’s his level ..best all round for him to go if there is an offer

Hurry up and take him so

Take him please, take him

The midfielder joined the club in 2016 from Reading for a fee in the region of £5 million. He has only made 10 appearances for the club, and it looks like he has no future at Villa Park.

Tshibola has recently entered the final 11 months of his contract at the club, and selling him for over £2 million looks like a decent piece of business from the newly-promoted Premier League club.