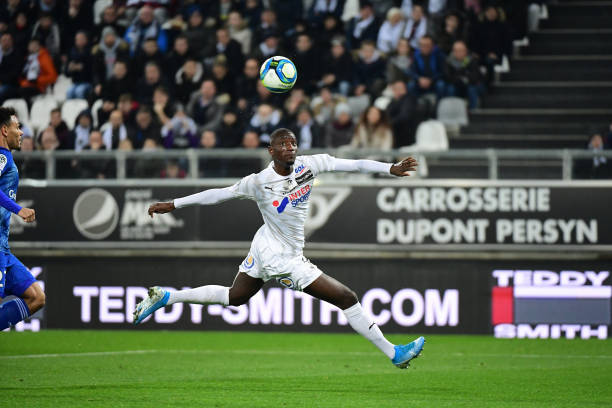 Aston Villa are thought to be keen on the Amiens forward Serhou Guirassy.

According to Daily Mail, Leicester City are interested in the player as well.

Guirassy has done well for Amiens so far in Ligue 1 and he could prove to be a handy option for Dean Smith’s side.

Aston Villa are in desperate need of a striker right now. Wesley has been ruled out for the season with an injury and Guirassy would be a good replacement.

The powerful target man has scored four goals in Ligue 1 so far and he can perform better in a good team.

It will be interesting to see if Aston Villa make their move for the player in the coming weeks.

They have been linked with Giroud as well. Guirassy is definitely not better than the Chelsea forward but if Villa do not manage to convince the experienced Frenchman to join them, Guirassy could be a decent alternative.

Aston Villa are currently 18th in the table and they need to add goals to their side in order to beat the drop. Dean Smith has to bring in a quality striker this month and 23-year-old Guirassy seems like an interesting prospect on paper.