Arsene Wenger has been under a lot of pressure due to his team’s poor performances this season.

The Gunners crashed out of the Champions League earlier this month after conceding 10 goals against Bayern Munich over the two legs. Furthermore, they are nowhere near the Premier League leaders Chelsea as far as the title race is concerned.

There have been protests from the Arsenal faithful over the last few weeks. It is clear that a majority of the Arsenal fan base wants Wenger to step down at the end of this season. 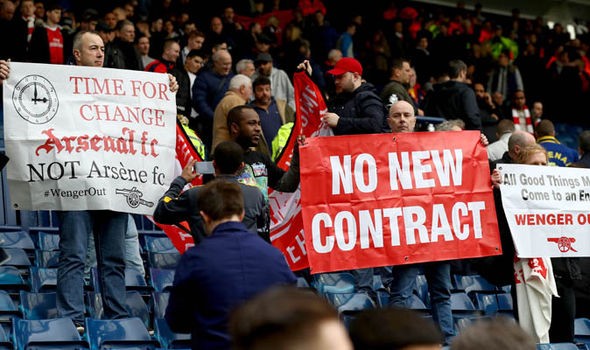 However, according to Express, the Frenchman is set to continue for another season at least. Telegraph have also confirmed that Wenger wants to stay at the club.

The 67-year-old manager was offered a two-year deal a few months ago, but Wenger has decided to negotiate that offer and sign a one-year extension with the Gunners.

Arsenal are going through a terrible phase right now and are in danger of missing out on a top-four finish. The Londoners have lost six of their last nine games.

Juventus manager Max Allegri was expected to replace the Frenchman at the end of this season. But it seems that those reports were nothing more than rumours.

It will be interesting to see if Wenger can turn Arsenal’s season around in the next few weeks and finish in the top four. Missing out on the Champions League would be catastrophic for the club.

Having said that, Wenger’s decision to stay is still a positive for the club. Despite the team’s struggles, Wenger is a top class manager and a key figure at Arsenal. Bringing in a new manager could lead to a major overhaul at the club and that could hinder Arsenal’s progress in the short term. Liverpool and Manchester United have both faced a similar issue since the departure of Benitez and Ferguson.

Wenger might not be the best man to take the club forward right now, but he is more than capable of getting them out of this mess and leaving them in a much better state in the summer of 2018.