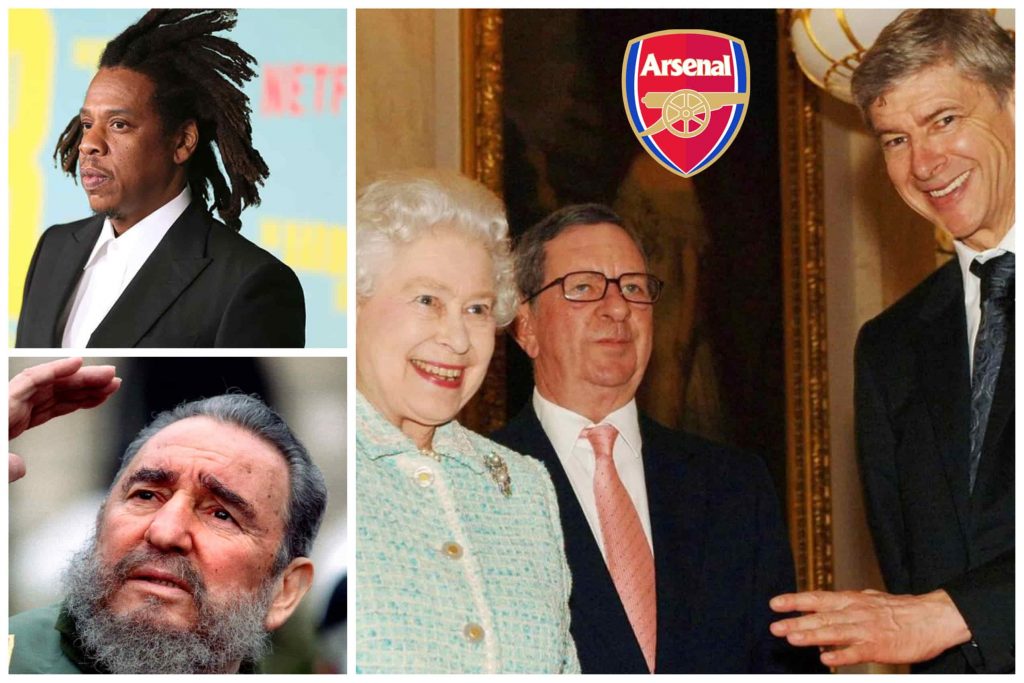 Have you ever wondered which famous names support your club? We have spent some time digging through a whole host of A-list celebrities who are known supporters of Arsenal – with so many to choose from, we’ve picked out our favourites below.

While our monarch is notoriously tight-lipped over anything that involves her own desires or opinions, many people have speculated over the years as to who Queen Elizabeth II may be more inclined to in the football world.

Indeed, she has never been spotted giving it large on the terraces of the Clock End at the Emirates Stadium with a Stella in hand, but she is thought to have had a soft-spot for Arsenal after inviting Arsene Wenger and the squad to an event at Buckingham Palace in 2007. It’s rumoured she was particularly impressed with Cesc Fabregas after chatting to him.

From the beloved to the infamous, founder of terrorist group al-Qaeda Osama Bin Laden is known to have supported the Gunners.

Muddying the pool of an otherwise clean cohort of famous fans, Bin Laden is even said to have occasionally attended games in the 1970’s, and once bought his son an Ian Wright shirt. 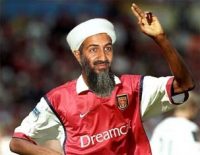 While I’m sure the Arsenal fanbase will not want any association with one of history’s darkest chapters, it didn’t stop the match-going supporters from having a bit of unsavoury fun.

Probably the most overt Gunners fan on this list, actor Idris Elba, known for his roles in The Wire and Luther, was even a key figure in the Arsenal ‘No More Red’ campaign designed to highlight knife crime, as well as featuring in a kit launch back in 2019/20.

We are pretty sure this next name will get loyal Arsenal supporter’s blood boiling.

The writer, presenter and journalist is notorious for his heavily opinionated views on his beloved Arsenal, which he often takes to Twitter to broadcast.

Morgan is a devise figure outside the world of football, and his incessant moaning over figures such as manager Mikel Arteta and club owner Stan Kroenke often leaves Gunners fans with very little choice but to distance themselves entirely.

Despite many fans calling him a traitor for entering the recent bidding war over Chelsea, the seven-time Formula 1 World Drivers’ Champion is known to have had a life-long soft-spot for Arsenal.

Hamilton has been more inclined to the red side of north London since he was six years old, when his sister nudged him towards supporting the Gunners. 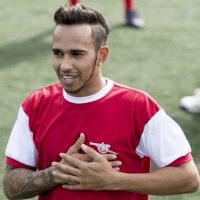 “I really wanted to fit in – I was the only kid of colour there but I know that the kids all supported someone different – one was Tottenham, one was Man Utd.

“I remember switching between these teams when I was younger and getting home and my sister punching me several times in the arm, beating me and saying ‘you have to support Arsenal’, so I remember at five or six years old that I became a supporter of Arsenal.”

This one is completely out of left-field, but Cuban revolutionary Fidel Castro, who led the nation as Prime Minister from 1959 to 2008, supposedly began his love affair with Arsenal in 1970.

One notable story goes that his personal security prevented him from attending the 1994-95 Cup Winners Cup match between the Gunners and French Ligue 1’s Auxerre in France.

Jay-Z, one of hip-hop’s most successful artists, is a close friend of Arsenal legend Thierry Henry which is where his love affair is thought to have started.

This lead him to even register interest in wanting to buy shares in the club. The rapper said that he would uproot his life in the US an move to London so he could be “involved in the decision-making” at the Emirates.

“We would have to spend much more time in London. ‘Bey’ knows how much I love sports and has known about my interest in Arsenal for a while,” he said in 2010.

Arsenal continued their fine pre-season form with a 3-1 against Orlando last time out, and will now go on to play Chelsea in their final game in the States – check out our list of the best football betting sites.