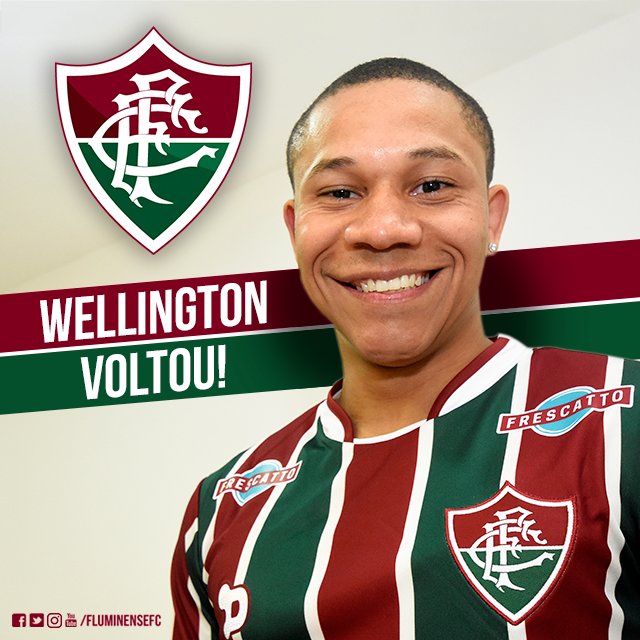 Brazilian winger Wellington Silva has left Arsenal and returned to Brazil to join Fluminense, the Brazilian club has confirmed on their official twitter account.

Silva joined the Gunners in 2010 but he failed to get a work permit that prevented him from playing for Arsenal for years. Instead, he spent time on loan in Spain with Levante, Alcoyano, Ponferradina, Murcia and Almeria.

Finally, luck favoured him and in the 2015-16 season, he received his work permit to play for the Gunners. Arsenal being choc-a-bloc with attacking midfielders there’s no way he could make his way into the first team plans of Arsene Wenger.

He was subsequently sent out on loan to Bolton Wanderers, where he did make a decent impression, having made 22 appearances and scored two goals.

Now 23, he is still nowhere close to representing Arsenal and has finally made the decision to call time in London and to return to Fluminense.

“I am very happy. I want to thank Fluminense for this opportunity after so long to go back, I’m eager to start. I am very anxious, really it is like the first time,” he said as quoted by ESPN.

“[My] Desire to return has always existed. When I learned that it was possible I was nervous for 10 days.

“I am very happy and I have no words to thank. Now I have to train and get on to the field as quickly as possible.”