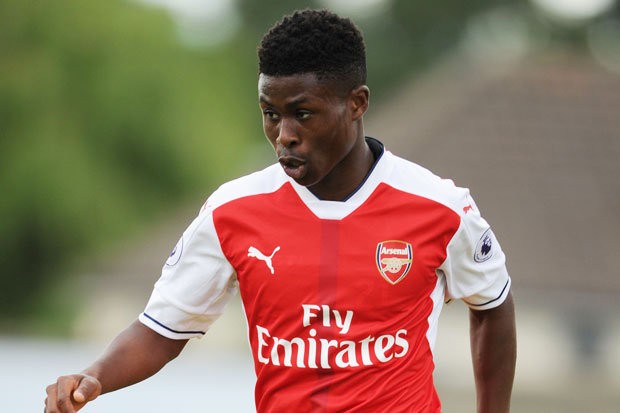 Arsenal attacker Nathan Tella has confirmed that he is close to leaving the Gunners at the end of this season.

According to Daily Star, the 17-year-old wide player is out of contract in the summer and the Premier League giants do not intend to offer him an extension. Tella has been linked with several Championship clubs like Norwich and Reading.

Recently, Arsenal gave him permission to look for a new club and he was invited to train with the likes of Norwich. He has also been on trial at Southampton and the Saints are interested in signing him.

Tella confirmed that the aforementioned clubs want to take another look at him before making a decision on whether to sign him permanently. The Arsenal winger will train with Southampton this week and the player hopes to impress the Premier League outfit and sign for them.

He said: “I’m working hard in games and training and have been on trial with Southampton, Reading and Norwich, and all the teams have said that they want me back to have another look with a view to offering me a professional contract. I will be at Southampton this week and hopefully they like what they see and I can continue to build my career.”

The Nigerian winger is a key member of Arsenal’s U-18s, but Tella has failed to break into the U-23 side or the first team so far.