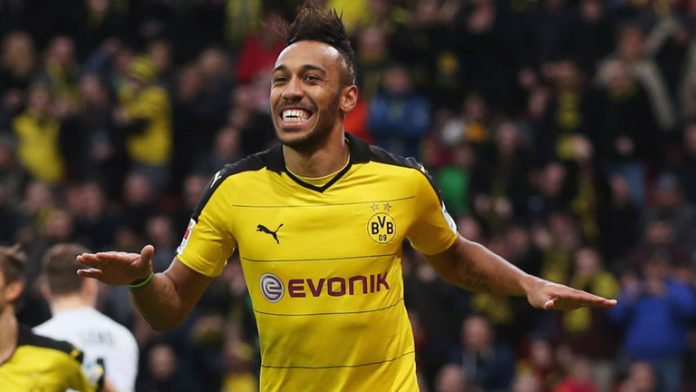 Arsenal are looking complete the signing of Pierre-Emerick Aubameyang this month.

The Gunners are expected to lose Alexis Sanchez to one of the Manchester clubs in January and the Dortmund forward has been identified as a replacement.

According to Sky Sports, the Gunners are optimistic about signing the prolific Bundesliga forward for a fee of £53.4m.

Aubameyang has scored 21 goals in 23 appearances for Dortmund in all competitions this season and he would be a terrific addition for any team in world football. It will be interesting to see whether the Londoners can agree on a fee with Dortmund now.

Furthermore, Wenger is looking to land the highly talented Brazilian winger Malcom from Bordeaux as well.

According to Guardian, Arsenal are close to signing the South American for a fee of around £45m.

Arsenal officials met with the player’s representatives in France yesterday and a move is expected to be finalised soon.

Arsenal fans will be delighted with the club’s choice of targets to replace Sanchez. Aubameyang could form a lethal partnership with Lacazette at Emirates and Malcom is likely to relieve some of Ozil’s creative burden.