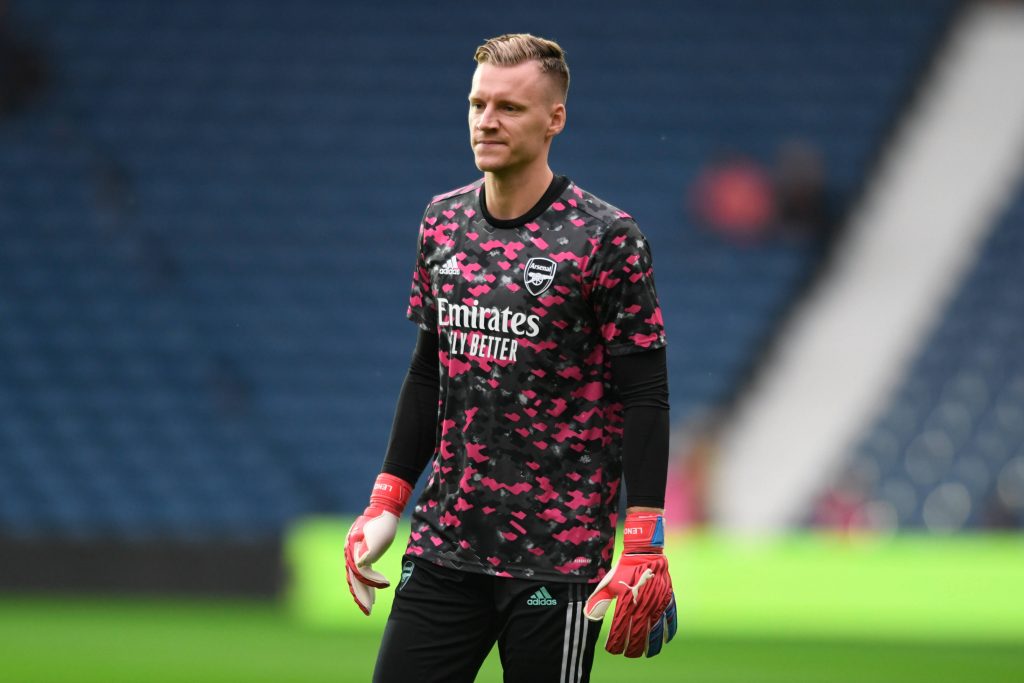 Arsenal are contemplating selling goalkeeper Bernd Leno in the summer transfer window, according to reports from the Daily Mail.

The Gunners bolstered their goalkeeping department this summer by signing Aaron Ramsdale from Sheffield United.

The £30 million summer signing made his first start for the Gunners on Saturday against Norwich City and kept a clean sheet, as Arsenal registered their first win of the season.

Mikel Arteta was full of praise for Ramsdale after the game, saying he was terrific. The England international is now set to retain his place in the side.

Leno, who is on £100k-per-week wages at the Emirates, is now facing an uncertain future at the club. He is the first-choice goalkeeper at Arsenal, but his position is under threat.

Leno was heavily linked with a move away from the club this summer, but he stayed on in the end. It will interesting to see what the future holds for him in the summer if Ramsdale manages to keep the starting spot.

There’s very little chance that the Gunners will offload Leno in January, but a summer exit cannot be completely ruled out.

One of the reasons why Arteta spent big on signing Ramsdale is that he felt he could be a long-term replacement for Leno.

The German goalkeeper has a contract at Arsenal till 2023, but if everything goes to plan, he could leave the club before his term.