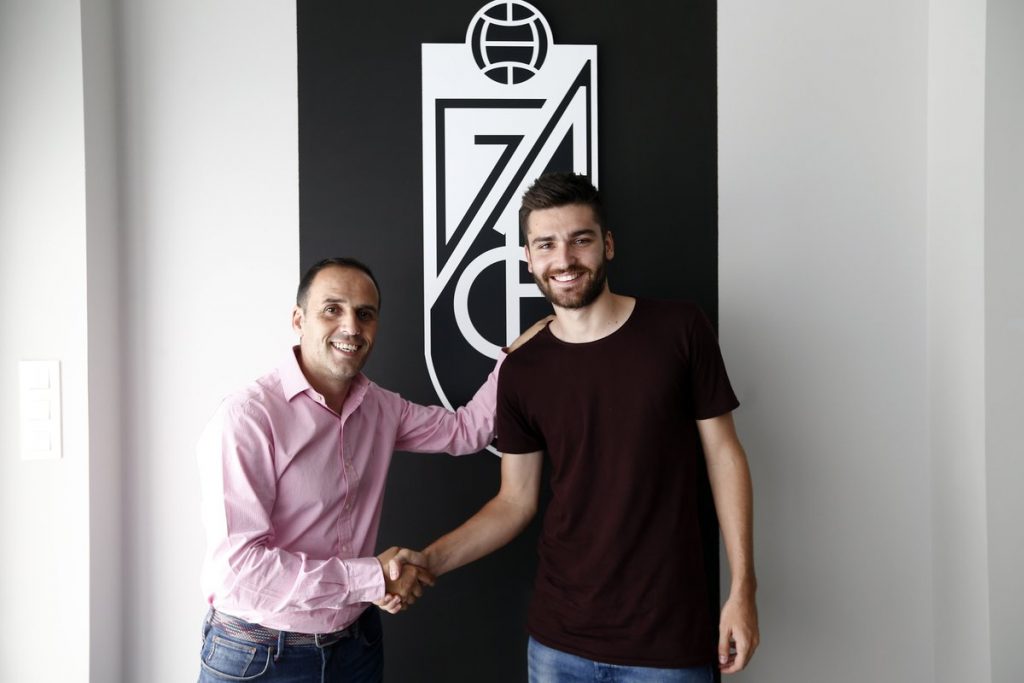 Highly talented Arsenal midfielder Jon Toral will spend the 2016/17 season in La Liga after agreeing to a loan move to Granada FC.

The Spaniard has yet to play a senior game for Arsenal but he has impressed with loan moves in the Championships with Brentford and Birmingham City.

“Jon Miquel Toral Harper is a player who arrives on loan from Arsenal for one season,” a statement from Granada read.

‘The young midfielder will have the opportunity to debut in a star league, under the instruction of Paco Jemez, and continue his meteoric career.’

Toral came through the youth ranks at Barcelona. He joined Brentford in 2014-15 season where he made 34 appearances for the club, although the majority of them have come from the bench. However, his talent was clearly visible as he scored six goals for Brentford.

Last season, he moved to the second tier of English football at Birmingham City in search of a regular starting place. Toral made 36 appearances, out of which he started in 28 games and scored eight league goals for Gary Rowett’s side.

He joins Granada on a one-year deal where for the first time in his career he’ll be involved in a top-flight football at a major league. Toral is a highly talented player but injuries have had held his progress to a certain extent. He now gets a chance to shine for the La Liga side who narrowly avoided relegation last season. Granada finished in 16th, just a point outside the bottom three.

Reports emerged yesterday in the UK and the Italian press that Arsenal are plotting a move for Napoli striker Gonzalo Higuain in a package deal where Olivier Giroud could move the other way.

Speaking to Radio Crc, Mickael Manuello, Giroud’s agent said: “As of today, Giroud is an Arsenal forward. If they were to ask him to leave, then we’d evaluate the situation.

“There would be no fear for Olivier to go to Napoli, as we’re talking about a magnificent place.

“In Naples, my client could have a wonderful lifestyle, not to mention that Maurizio Sarri’s style of football would get the best out of a striker like him.”