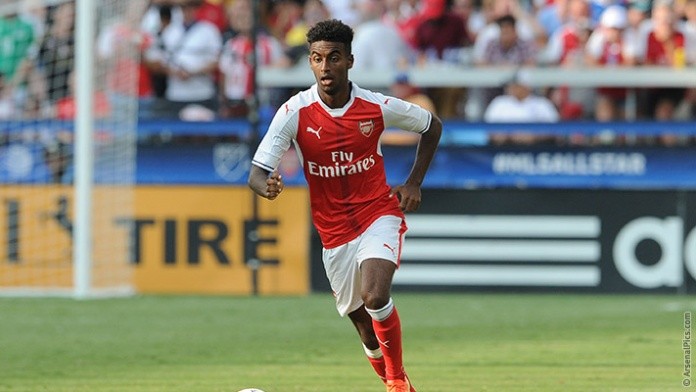 Ligue 2 side, Tours, have signed Arsenal midfielder, Ismael Bennacer, on loan for the rest of the season. The French club have confirmed the news on their official twitter handle.

It will be a temporary loan deal for the Algerian, who is set to play again in Ligue 2, having had a spell with Arles Avignon in that very division before joining the Gunners.

The 19-year-old has recently returned from the AFCON, where he was part of the Algeria squad.

The youngster is usually a central midfielder, but he is also capable of playing out wide. He is an excellent passer of the ball, and a tough tackler.

Bennacer has made one senior appearance for Arsenal under Arsene Wenger, and it came in the League Cup defeat to Sheffield Wednesday last season.

Arsenal have also sanctioned a loan deal for midfielder, Gedion Zelalem, who will spend the rest of this season on loan at Eerste Divisie side, VVV Venlo.

Gedion joined Arsenal in 2013 and has made four first-team appearances so far. However, he has been a regular member in Arsenal’s U-23 squad.

The 20-year-old midfielder enjoyed a wonderful 2015-16 campaign with Rangers. He made 21 league appearances for Mark Warburton’s side as they earned promotion back to the Scottish Premiership.

Arsenal have also managed to reach an agreement for striker, Chuba Akpom, who has joined Brighton on loan for the remainder of this season.

Akpom was a huge hit at Hull City last season, and Arsenal will be hoping that he can produce a similar impact at Brighton.