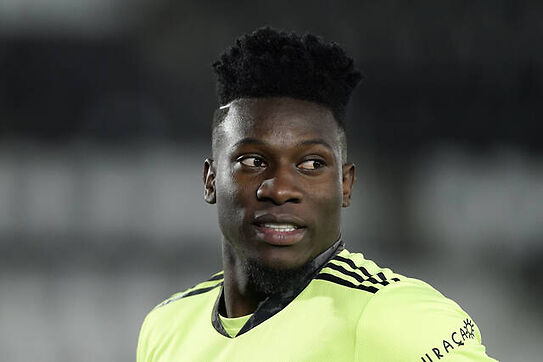 Arsenal could move for Ajax goalkeeper Andre Onana in the next transfer window, according to reports from Goal.

The report claims that Serie A giants Inter Milan have joined the race to sign the Ajax goalkeeper who has less than 12 months left on his current contract.

The likes of Arsenal and Tottenham have shown interest in the Cameroon international, but they couldn’t make a move for him due to the player’s doping ban.

The ban has since been reduced on appeal and the 25-year-old will be able to play from November. However, Ajax are aware they are set to lose the goalkeeper for nothing next summer and are now looking to offload him in January.

The report adds that Arsenal could look to sign him in January if Bernd Leno leaves the club. Leno, who is on £100k-per-week wages at the club, was linked with a move away from the club this summer, and the Gunners could decide to cash in on him.

Arsenal have signed Aaron Ramsdale for a fee of £24 million from Bournemouth this summer, and the England goalkeeper is expecting to make his debut against Norwich City this weekend after a disastrous start to the 2021-22 season.

Onana would be a very good signing for the club, and with his contract running down, the Gunners can get him on the cheap.

It will be interesting to see if Spurs make any attempt to sign Onana. They have already signed Pierluigi Gollini on loan from Atalanta (with an option to buy him permanently) this summer but the north London club could still look to sign another goalkeeper, possibly a long-term replacement for Hugo Lloris.