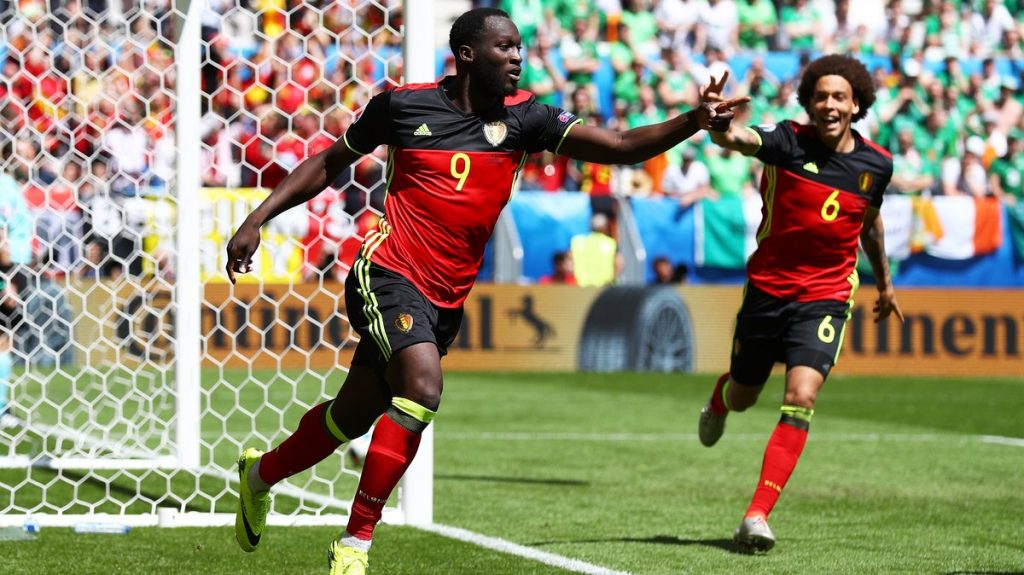 With Arsène Wenger recently confirming the Jamie Vardy deal is dead in the water, he must now look to other alternatives for a striker. The North-London side has been linked to many strikers recently, but none would fit as nicely as Belgian striker, Romelu Lukaku.

I’ve always maintained the opinion that Olivier Giroud exemplifies many traits that are perfect for Arsenal. He has a superb first touch and uncompromising strength to act as a pivot for his onrushing teammates. He is consistently wins headers against world-class centre halves, while also using clever positioning to meet low ground crosses from his wide men. But unfortunately, he seems to have just as many misses in his highlight reel than actual goals. Arsenal need a striker who fans can expect to score in front of goal, rather than rolling their eyes when they see yet another opportunity wasted with poor finishing. Enter Romelu Lukaku. The 23 year-old displays everything Giroud could, and should, be. He has all the aforementioned traits, but what separates the Belgian from the Frenchman are two things: blistering pace, and unquestionable finishing.

The striker is often the cornerstone of how many teams play. And for this reason, I can understand Wenger’s attempted move for Vardy. Too often we see Arsenal trying to walk the ball into the net, but with the Englishman, we could have seen the team play a completely different game: one of perpetual motion. However, you can have the best of both worlds with Lukaku.

Lukaku is a player who is excellent at not just straight-line speed, but also finding creative ways to shake defenders. One of the most useful applications of his pace comes from dropping into deep positions on the pitch, thus dragging defenders with him, and then dashing in behind them; something Giroud is unable of doing. The signing of Lukaku can offer a more dynamic style of play, while still holding true to the old Arsenal way.

Wenger should be paying close attention to the Everton striker’s performance in this year’s Euro. Despite Belgium getting off to a shaky start against Italy, they bounced back convincingly against Ireland to silence naysayers. Watching Belgium is a bit like watching Arsenal. Much like the Gunners, they have a team of technically gifted and offensively-minded players: Kevin Debruyne, Eden Hazard, Axel Witsel. An impressive statistic emerged from Belgium vs Ireland: twenty-eight passes were used in the build up to score Axel Witsel’s 61st minute goal–the longest build-up play in the Euro since 1980; something even Wenger would be impressed by. So there’s no doubting Lukaku’s fit in Arsenal’s pass-heavy squad, as he put on a clinic against Ireland with a convincing brace.

It is no secret Lukaku is seeking a summer transfer away from Goodison Park, but what may be an issue for Wenger is his price tag. Some reports say he could go for as high as £50-65 million, and with Chelsea also in the race to regain his services, it would be no surprise to see Wenger shy away. With one year left on his contract however, it is the general consensus that he should be going all-out to make a last effort at the league title before departing North London or retiring. Why not start with Lukaku?