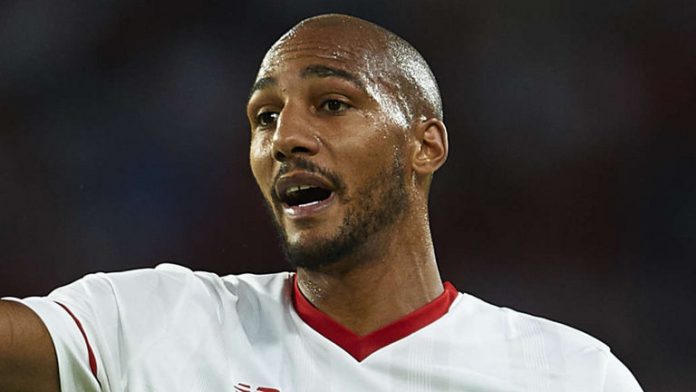 Arsenal have been linked with a renewed bid for Sevilla midfielder Steven N’Zonzi.

New Gunners manager Unai Emery, who signed N’Zonzi during his time in charge of Sevilla, is eager to bring the 29-year-old back to the Premier League.

Emery has had to convince his new bosses to push ahead with a deal for the former Blackburn Rovers and Stoke City star who is keen to join Arsenal.

The Gunners were interested in the France international in January, but head of recruitment Sven Mislintat decided against taking it any further.

However, according to Spanish outlet Estadio Deportivo, Emery wants to make N’Zonzi his first new signing at the Emirates Stadium.

Mislintat is now ready to sanction the deal after discussions with Emery about the midfielder.

N’Zonzi has made 136 appearances and scored eight goals for Sevilla in all competitions and he would add some much-needed grit to Arsenal’s midfield.