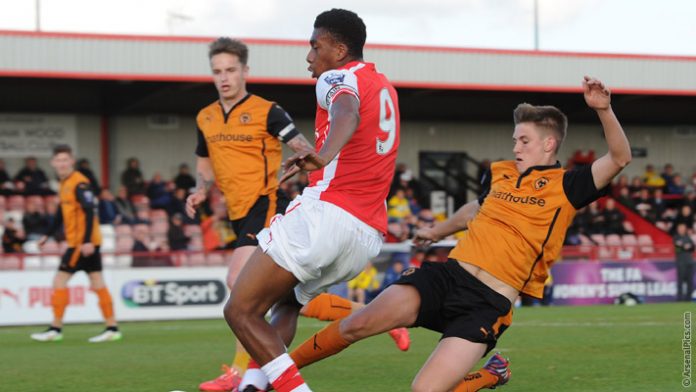 Arsenal winger Alex Iwobi is set to be offered a bumper new contract at the club.

The Nigerian attacker has impressed the Arsenal hierarchy and Wenger with his performances over the last few months.

Iwobi has been a regular member of the first-team this season and signed a new deal with the club in April 2016.

However, Arsenal want to bring him up to a good first team salary level and will, therefore, offer him an extension after just six months.

The report from Daily Mirror also claims that Iwobi currently earns around 25,000 pounds per week.

The 20-year-old winger has started four Premier League games for Arsenal this season and has picked up three assists already.

Iwobi’s addition has also given Wenger some much needed tactical flexibility. Instead of playing a target man, Arsenal can now field a fluid front four with Alexis, Theo, Ozil and Iwobi with the Chilean leading the line as a versatile centre-forward.

Daily Mirror adds that Ozil and Sanchez are in line to receive bumper new contracts as well. Furthermore, Arsenal want to tie Hector Bellerin down to a new contract amidst interest from Manchester City and Barcelona.

Recently, the former Nigerian coach, Sunday Oliseh, claimed that the young winger from Arsenal has the potential to become the “best” African player in the world.