Arsenal set to miss out on signing Valencia’s Shkodran Mustafi 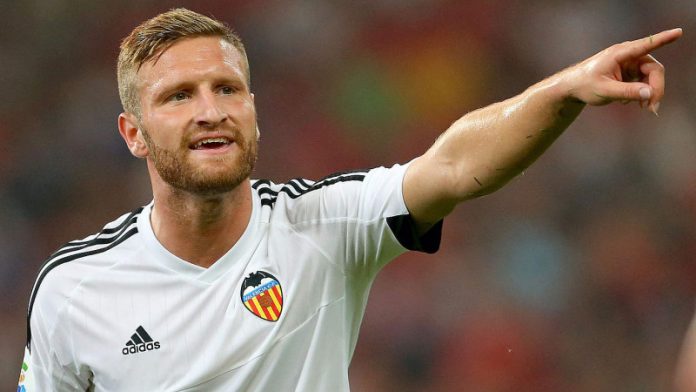 Valencia centre back Shkodran Mustafi’s proposed move to Arsenal is on the verge of a collapse following Gunners’ refusal to meet the German International’s buyout clause, according to Sky Sports’ expert Guillem Balague.

Arsenal were confident of completing move for the 24-year-old in a reported £30 million transfer deal but several local newspapers in England reported on Monday that Valencia are reluctant to lower their valuation for Mustafi and the Spanish club have informed the Gunners to fork out €50 million (£43.1m) million in order to acquire the player’s services.

Arsenal boss Arsene Wenger confirmed last week that the Gunners are hopeful of signing the highly rated defender before 31 August to bolster his depleted backline this season.

Wenger told French TV station SFR Sport: “Mustafi? We hope it will be done  He is one of a number of players we are looking at. Negotiations are ongoing.”

Mustafi, who was an integral part of Germany’s squad that competed in the Euro 16 earlier this summer, has already agreed personal terms with Arsenal and trained alone in Valencia last week as he waited for the Gunners to finalize his move to the Emirates stadium.

However, Arsenal now appear to have dealt another transfer blow this summer after Sky Sports’ Spanish football expert Guillem Balague revealed that Arsenal are not willing to spend €50 million to sign the German defender.

Balague said: “The coaching staff at Valencia think Mustafi will not go, and this is the same message being made by Valencia.

“They insist the only way Mustafi will be allowed to leave is if Arsenal trigger his €50 million (£43.1m) buy-out clause, which I think everybody will agree is too much money for him.”

The Premier League giants are desperate to make defensive reinforcements before the transfer window shuts down later this month after facing double injury setbacks to club captain Per Mertesacker, who has been ruled out for several months with knee injury and Brazilian defender Gabriel, who will miss a month’s action before returning to the side.